Another Perspective: When No Means No But Nobody Is Listening 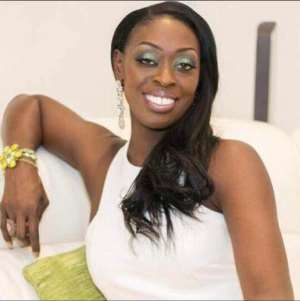 I dont know if words will ever be enough to start the dialogue around the issue of rape in Ghana and for that dialogue to bring about any meaningful solution.

Once again I'm confronted with this evil, and as much as I would like people to try and figure it out for themselves, I know that its far too optimistic a wish to ever come to fruition.

A couple of days ago, I'm at home minding my own business when a message pops up in my inbox on Facebook. I see a sad face emoji, the video, and then another sad face emoji. I don't open it. I have a personal rule never to open any videos that aren't accompanied by some form of a narrative of what it contains; thank God I had that precautionary measure in place.

As I'm sat at home, I stumble across a Facebook live talking about the rape of a young girl by multiple assailants. My interest peaks and I go back to my inbox message and figure out that the said video in my possession, is the same sorry video in my inbox.

Shortly after this discovery, my phone rings. On the other end of the line is a distraught friend who has seen the video and is shaken and traumatised by it. I calm her down, or at least I attempt to. She goes off to find out more information about the girl in the video and I'm left with my thoughts.

Three years ago I started this journey to raise awareness on rape, child abuse and domestic violence through my charity and NGO, Who Will Hear My Cry (WWHMC). I remember doing a video and speaking out about consent. Why? Well at the time the KKD rape case was in full swing and many of you were deciding on what constituted rape and used location as a basis for that argument.

You assumed that if a girl or woman was raped in a hotel room, it ceased to be rape because she went there voluntarily. I pointed out that location didn't justify or negate the act of rape. Slowly but surely the message has started to trickle through but there is still such a long way to go.

This recent case of this young lady - apparently she had consensual sex with one boy and then he decided to call a few of his friends to join in! When did this debased behaviour become okay to the point where you're brazen enough to film the act?

What really got to me was the indiscriminate sharing of this video. How would you feel if this were you in the video, or your sister or daughter or mother? Would you want to save them from any more distress or would you be quite happy to put their vagina on display, under the guise of spreading awareness and rape them all over again? When does the hypocrisy stop? When does the life of women and girls account for something? When will our lawmakers decide to take decisive action against rape?

Is it that we have too many men in high places who are perpetrators of this crime, to ever make serious inroads into this issue - or is it that we are so far gone that nothing can bring us back into the realm of basic human decency?

It's not all about telling us women and girls how to dress, where to go, what to say or how to behave. It's about men and boys understanding that we are not pieces of meat to be devoured at will and that if they cross that line, the law will deal with them squarely.

We cannot pretend that there is not a wider social issue here. If we continue as we are doing, raising a nation of perpetrators and victims, we will have a society built on lawlessness with the worst foundation possible - and that is sexual depravity and unaccountability.

The issue of rape is a dark one and one that will rob Ghana in ways it never bargained for or thought possible. The aftermath of sexual violence is anger, despair, mental illness, promiscuity, revenge and sense of sexual insatiable entitlement. It's a beast that needs constant feeding.

We send our kids to school with a rapist and sexual abuser waiting in the wings. We go to work to earn an honest dayâ€™s living, thereâ€™s a sexual harasser waiting in the wings. We go to church to worship, thereâ€™s a sexual predator, waiting at the alterâ€¦ and then we come home, and we sometimes find him there too. Is there any hiding place from these monsters?

We are prepared to sacrifice our children to these animals by making it virtually impossible to speak out because after all, we must protect the family name. So and soâ€™s father is a well-known so and so, so we canâ€™t possibly report his son for rapeâ€¦ really?

It was barely two years ago I was interviewed by Pulse TV to share my views on a case involving a so-called father raping and consistently beating his 16-year-old daughter. The girl finally found the courage to speak out but what happened in the end? No conviction of the consistent rape of a minor and the domestic violence against her two younger siblings.

No safe haven for these three sisters unfortunate enough to be born to the devil, yet we sleep perfectly at night knowing the night horrors some of us must face.

We confidently interview a father raping his daughter at a radio station and yet there's no policemen waiting outside to make an arrest. She's left at his mercy to continue to be a sex doll for the man who is supposed to love and protect her, yet it's okay this is what we tolerate and sanction.

Am I once again going to go into the comments section and see men justifying rape as if they were not born of a woman but rather entered this world through some other unknown means? Or men who will focus on me and get into a debate on whether I'm qualified to speak on these issues because I'm not Ghanaian enough? What excuses will be used to deflect from the real issue at hand?

If we don't take affirmative action to deal with this issue, I guarantee you in 10 to 15 years from now, we will have a nation of emotionally bankrupt young adults who will then be responsible for governing our country if we want to see a better Ghana, we need to start to make moral and emotional investments in our youth and not be afraid to punish severely the adults who feel they can exploit them and groom them to sexually abuse and assault them and each other.

If we make enough noise, if we protest long and loud enough, eventually we will see the change that needs to happen. Can we count on each otherâ€™s voices or are you going to move on after reading this and pretend you can't help fix this problem?