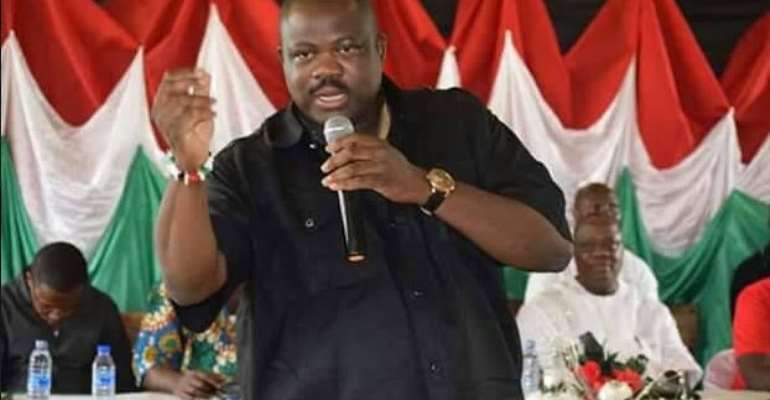 The Deputy National Organizer of the Opposition National Democratic Congress (NDC), Joshua Hamidu Akamba has asked the people of the Western Region to demand from President Akuffo Addo, the GNPC Head Office he promised them, in the run up to the 2016 General elections.

He made this statement in an interview with a Takoradi based Radio Silver, ahead of the NDC Unity Walk to be held in Tarkwa tomorrow November 25, 2017.

The NDC Organizer stressed that the NPP government led by President Akufo-Addo, have mastered in deception hence the people of the Western Region should keep reminding the government of its promises to them.

"At least, we heard of a promise to build a dam each in all villages in the 3 Northern Regions, provide each District with a Factory, provide each constituency with $1 million, provide free SHS for All and the most recent of all the deceptions, the announcement of the abolishment of import duties, a pronouncement that has become an albatross on the neck of the government"

Joshua Akamba who together with Mr Kojo Bonsu, Former KMA Boss is leading a team to organize the Unity Walk in the Western Region, also encouraged NDC members in the region to show up in their numbers for the walk and stay steadfast as the party works harder to wrestle power from the NPP. A task, he said will require the support and commitment of all party members