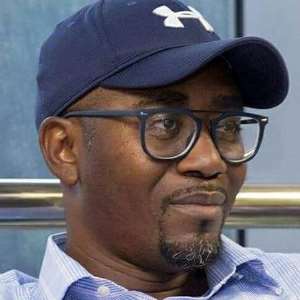 I have no doubt in my mind, that by now, news has reached you of the sad incident of a 4-year old rape in Assin Adadientem. By the way it's about a week now since its occurrence.

Firstly, I am quite appalled that with such loud public outcry, your Ministry has not been out to (a) acknowledged the incident (b) assure the public that the matter will and is being dealt with (c) procure immediate physical and psychological relief for the suffering child, her mother and family (d) immediately assert a long term agenda to deal with this matter of incessant rapes once and for all.

Madams, don't forgive me for sounding so blunt, but 24hrs after media and public outcry and no show from you - tells a lot that your department is either ineffective, dormant or at best a reflection of the fact that you just don't care. To God I hope it is NOT the latter. That said, I did ponder as am sure many did - would this incidence have been known to you if the media hadn't broken it out? If not, how many more of such are going undetected especially in areas where no police or hospital facilities exist? Can you really answer this?

I wish to clarify a few things. You see, the elements of your Ministry's name play out very clearly in this matter:

MINISTRY for WOMEN:
A woman, no, two women were affected by this tragic incidence - the mother whose daughter was assaulted and now bears the brunt of guilt for trying to juggle her hash responsibilities to her children and to her community. She now has to live with the guilt of both. It should matter to you. The other woman is the yet-to-be-woman in that 4-year old, whose future ability to blossom through no fault of hers now faces the greatest challenges of self-defeat, self-hate, and self-condemnation. Through no fault of hers, a lifetime scar of society's failure condemns her. It should matter to you enough to have acted swiftly - you are a woman too. Or are you not?

MINISTRY for GENDER:
Gender has suffered in all of this and past incidences. And before you jump the gun, let me clarify - the longstanding battle to defeat the vulnerability to which the female gender has been subjected to for years has just taken another bashing. This should have concerned you. Sadly too, the good men who are now willing to talk against the actions of their fellow bad men will also now be potentially lumped in a basket full of bad men and bashed together. It may not matter much, but it affects the wholesome fight against gender discrimination - it should matter to you as a Ministry level Policy Person. Or are you not??

MINISTRY for SOCIAL PROTECTION:
The sad incident has happened. It is NOT the first. Maybe you both need to be reminded: each time these incidences surface, they are an indication that a larger number of children, girls, women and boys are under threats of suffering the same fate and for which reason the only face-saving we can derive if any at all from not having prevented wrongs done to the current victims, is that others who are equally vulnerable are PROTECTED. That should have mattered to you enough to act swiftly, or didn't it?

MY SUGGESTIONs:
I know when you "come around" you will hurriedly do the usual political face-saving show of having a press conference, paying the victims a visit and condemning the act. TOO LATE!! But at least you can have a few things done to improve long term deterrence:

(1) I have toyed with the idea but best your Ministry handles it. Please build a website on which a profile of all past and future sex offenders can be accessed by public; clearly marked as convicted, accused, arrested, etc with time frames within which the profiles are finally taken off. You may need a statutory backing of sort, to protect your department.

(2) Work with the hospitals, Police and others to institute an Fasttrack DNA testing procedure for victims without bureaucracy:

(3) It's about time your Ministry puts together an act before parliament for all institutions in Ghana to sign up to and adopt Sexual Harrasment Policies. Once passed this and others must become part of company registration and annual filing procedures;

(4) If you haven't already, have at least district hotlines that ALL victims can call and get immediate fastrack processing for hospital, psychological and arrest support. These numbers must be advertised to every woman and taught to every girl child in every school;

(5) Finally and as daring as it may sound it JUST might be a right time for you to boldly put a draft legislation before parliament that requires suspects to be immediately detained for 24 hours at least to facilitatate DNA tests etc and released if no connections are immediately established.

Madams, let me end here but before I do, let me just say this - I am taking this VERY PERSONAL because I have girl children too. I give you my solemn word of honour, that if you don't act, I guarantee you, I and many good meaning Ghanaians will. My gentlemanly advise - try hard not to let that happen