Akufo Addo Must Order The Release Of Appiah Stadium – Pelpuo 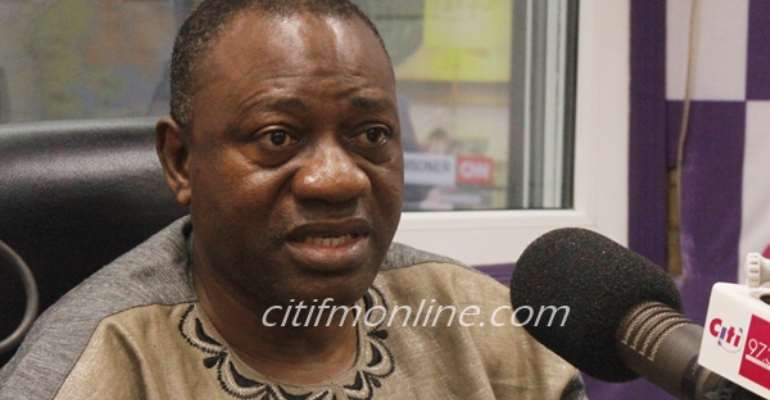 A former Member of Parliament for the Wa Central Constituency, Rashid Pelpuo, has called on president Akufo-Addo to immediately order for the release of NDC activist and serial caller, Appiah Stadium from police custody.

Appiah stadium was arrested after suggesting in a recent audio that went viral, that the President, Nana Akufo-Addo smokes marijuana [wee].

The former Minister of state in charge of Private Public Partnership under John Dramani Mahama’s presidency in an interview on Eyewitness News, said “If the president is not aware of the arrest, he should, right now order the release of this gentleman. It is not acceptable,'' he said

He further said if the police acted on their own accord, the president must come out publicly and disassociate himself, alleging that the arrest was politically motivated.

“I think that there is something political about it, and that is the reason why I think that it shouldn't go far. This matter shouldn't proceed beyond today [Tuesday]. The President should come out and ensure that he dissociates himself from this event and go ahead to order a release. If he wants, he can take his own action. He is the one insulted, he is the one who can take the matter to court, he is the one who can seek justice. And if it bothers on criminality then at one point he can wash his hands off and then the law can take its course. I think Appiah Stadium is being unfairly and unjustly being incarcerated.”

“If they [Police] are overzealous and they are doing it in the name of the president, he should come out and say it's not me [Akufo-Addo],” Rashid Pelpuo added.

He argued that many people made similar defamatory comments against former presidents Atta-Mills and Mahama, yet they were not treated the way Appiah stadium is being treated by the police.

Meanwhile, the police have said they did no wrong in arresting Appiah stadium. The Director of Public Affairs of the Police Service, David Eklu, said they wanted him to substantiate his claims.

Akufo-Addo will not press charges against Appiah Stadium – Hamid

President Akufo-Addo has said he is not interested in pressing charges against Appiah Stadium.

The Minister for Information, Mustapha Hamid, in a release copied to citifmonline.com, indicated that Akufo-Addo has informed the Police Administration of his position on the matter.

Covid-19: 5G Network Is Not The Cause – NCA To Ghanaians
34 minutes ago