Rejoinder: Nurses Are 'So Useless' And 'Stupid' 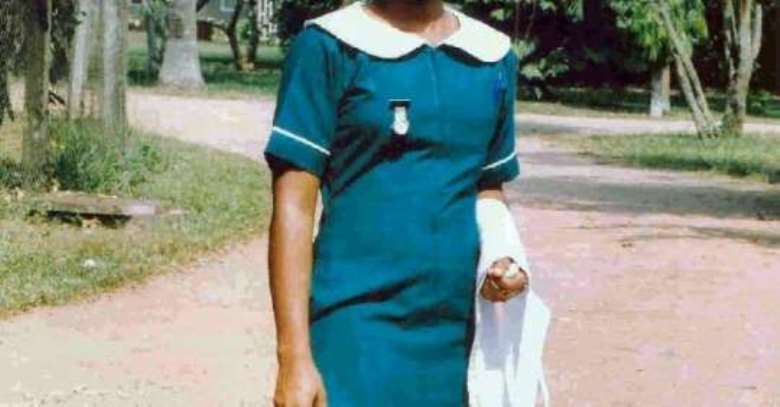 As a nurse, I learnt in psychology about "Stimulus Generalisation". Let me attempt to precisely explain this conditioning using an example apropos to nursing. If a child at the hospital is given an injection by a nurse wearing a green uniform, the child will begin to fear anyone she sees within or outside the hospital also wearing a green shirt or dress. The child's fear is elicited by the painful stimulus the nurse in green had caused her.

Not quite long ago, Anas Arimeyaw Anas' exposé revealed how judges in Ghana traded justice for mere goats. The investigation revealed the most shocking scandal ever to rock a highly regarded profession in Ghana. Justices were also seen taking bribes under camera.

Judges are representatives of God on earth. Yet the gods went mad and sold our justices for chicken change. Nonetheless, have we stopped going to the courts to seek justice? Can we brand all judges as dishonourable imbeciles who can sacrifice the deserving justice of the poor man for a rich man's goat meat? Do you know how many lost their lives because they were denied justice?

A couple of days ago, one known lecherous radio presenter, Musah Halik, with a magnificent idiotdom of followers boldly wrote that "NURSES" are so useless and stupid. I don't want to continue with what he "wroted" because I have no intention of making the Queen of England puke on this holy day of sabbath.

I am one person who tries to maximise savings on butterheads. So, I initially decided not to respond to him. Because his level of childishness is the gossip in "pleasure homes" in town. But like the saying goes, a fool does not know that a blink of an eye is a disapproval of his attitude except a resounding knock on the head. He continue to use his social media handle with his unsullied idiotdom's army to run a scathing hate campaign against nurses. He is also using his Drive Time slot on Zaa Radio to describe nurses as porn star prostitutes and all manner of forbidden words. He is threatening to release nude pictures of female nurses he has supposedly treated and discharged. All On Air!

Well, I don't blame him. What do you expect when a school dropout who missed his subject-verb agreement lessons gets access to the microphone behind the console. Tomfoolery obviously would be the order of the day. Even though I am well aware that this mendicant and crybaby strives on ugly controversies, he needs at least a single stat dose of common sense. He shouldn't be given the opportunity to further strain as-it-may-seem bad blood between nurses and the general public.

In Tamale, some radio employers are that generously stingy. They don't want to get the right people to manage the console because that would compromise their profit margins. So, they rather opt for time-tested peabrains like Musah Halik to "infect sterile minds" on air with their schadenfreude hfitkenhdhrbsytbe. It will take Tamale radios more than a decade to set news agenda in politics, economics and entertainment if negative mishappeneds like Halik is giving oxygen to blossom to idiotproof status. I don't believe in certificate as an impetus to excel in some careers but this presenter is corrupting that seemingly immortalised belief.

We are in the 21st century and radio presenters and entertainment players are no longer viewed as a place for school dropouts. Doreen Andoh, Lexis Bill, Bola Ray, Kafui Dey among others are evidence that entertainment radio presenting has a new definition. They are heavily educated with academic credentials that some of our revered politicians find as a tall order.

I am not trying to be overprotective of my profession. Not quite long, Tamale's celebrated sakawa king, no malice intended, Grand Paapa, in a post criticised and expressed his ordeal in the hands of nurses and doctors in the hospital. I sympathised with him. I commented on it. But my father once told me that no matter how bad the world becomes, there will always be good people in it. So, it is always wrong for people to brand all nurses as "birds of a feather". Nurses are not above criticism but naked generalisation insults on air and social media can be disturbingly traumatising.

However, I would like to notify Halik Musah aka DJ Tell to expedite his lessons on concord because sooner than later he would have a mountain of mansplanation to do in order to save his chicken head. And by the time he regains his lucid period, he would have long removed his head from his butts.

Again, I would like the public to advert their minds to psychology's Stimulus Generalisation. A situation whereby a child fears everyone in green shirt or dress simply because she was once "hurt" by a nurse in green with an injection.