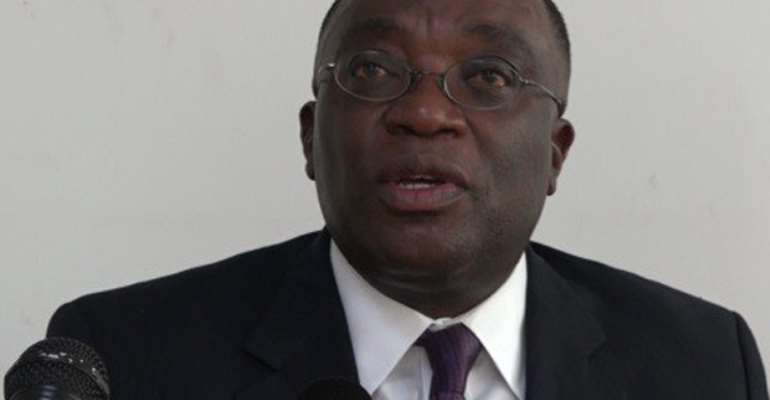 An intense legal battle is ensuing between the Driver and Vehicle Licensing Authority (DVLA) and Foto-X Limited – a private firm – over a contract between the two parties for the production of new driving licence.

Foto-X Limited filed the writ because according to the company, the DVLA has prevented it from working on the issuance after a contract had been signed between them in August 2012.

Special Damages
As a result, Foto-X wants the High Court (General Jurisdiction) to order DVLA to pay special damages for the customized equipment and software which it procured from Germany pursuant to the signing of the contract.

The company wants another order for the recovery of the amount spent on modifying the premises of  Foto-X in anticipation of the contract as well as general damages for breach of contract, cost on full indemnity basis, including legal fees and any reliefs as the court may deem fit.

Plaintiff's Case
According to Foto-X – which is being led by Axis Legal – sometime in 2006, it bid and won an internationally competitive contract with the DVLA to design, install, maintain and service the system of personalizing and producing temporary and full driver's licence for the public.

The plaintiff averred that having performed its obligations satisfactorily under the 2006 contract, it bid again in 2012 and was awarded a further contract with the DVLA for a similar job to be done.

“Per the 2012 contract, the plaintiff was to provide consultancy services for the design, installation, maintenance and servicing of the system for personalizing and producing driver's (learner and permanent), material supply, personalization and production of driver's licences,” according to the company.

Scope of Work
The plaintiff maintained that the scope of work under both the 2006 and the 2012 contracts mainly entailed “the plaintiff having to replace with an upgraded version of the system it had put in place and operated from 2006 and additionally to supervise and undertake the eye test, data capture, printing and issuance of the Tecolas card driver's licence, all geared towards the ultimate issuance of driver's licence applied for by the public.”

According to Foto-X, the 2012 contract was for 10 years, commencing not later than the effective date of the contract signed on August 2, 2012; and an estimated value of $9,976,209.50 was to represent the investment to be made by the private firm for the implementation of its contractual obligations.

It stated that the contractual relationship between the parties constituted the plaintiff into an investor which obligation under the contract was to invest $9,976,209.50, adding, “The plaintiff's earnings were accordingly derivable from its receipt of its percentage share of fees paid by the public for licence applications and its ancillary services.”

German Manufacturer
According to the plaintiff, pursuant to the execution of the contract, it engaged the services of a German firm called Muhlbauer ID Solutions, to manufacture and customize a system for the production of Ghanaian Driver's Licence and paid significant sums for the production and delivery.

During the production stage, Foto-X claimed it kept the DVLA constantly informed, got its approval and even travelled twice with officials of the state agency to Germany to get firsthand knowledge about the products.

Unilateral Action
Plaintiff said two years later – on September 9, 2014 – the DVLA “unilaterally sought to amend the terms of the 2012 contract by reducing the duration of the contract from 10 years to 6 years and also alter the purview or scope of the contract existing obligations such as to exclude the eye testing and learner's licence after the customized system had been approved by the defendant at the manufacturer's factory in Germany.

“Since this botched attempt by the defendant to review the contract and diminish the quantum of rights of the plaintiff, the defendant has deliberately and persistently frustrated the plaintiff from performing its contractual obligations.”

Foto-X averred that it took  the fully-paid  equipment from Germany which had been customized to only produce Ghanaian Driver's Licence on the instructions of DVLA and added that it “has no way of even salvaging the cost of its production and thereby mitigating its losses in this vein.”

DVLA's Defence
The DVLA has filed a defence and counterclaim against Foto-X through the law firm, Joe Attipoe and Associates, Jologg Chambers, insisting that the DVLA would deny “each and every allegation of material facts contained in the plaintiff's statement of claim.”

The DVLA also claimed that the plaintiff was getting the 2012 contract signed without providing any explanation for the variation in figures.