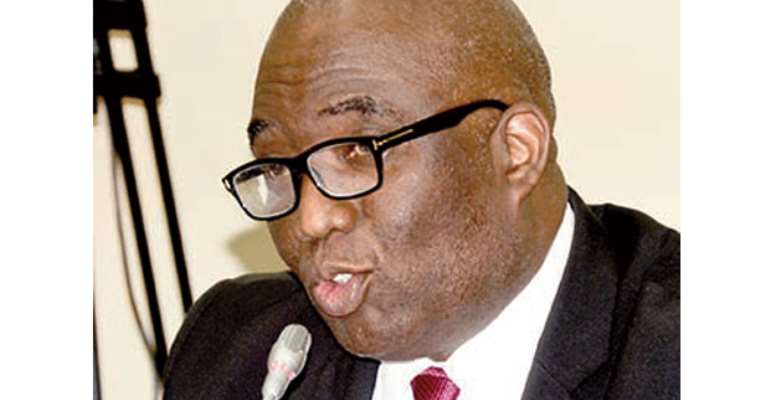 Minister For Railways Development, Joe Ghartey, has assured the investment community that procurement processes at the ministry would be transparent.

Mr Ghartey disclosed this when a seven-member delegation from the United Kingdom (UK) Department for International Trade called on him at his office in Accra recently.

The minister indicated that the procurement process shall be open to all interested parties in accordance with the public procurement law of Ghana.

Overwhelming Interests
The minister is overwhelmed with proposals from investors, who are interested in investing in the country's railway sector, which the New Patriotic Party (NPP) administration is seeking to revamp in order to open up the country to trade.

According to information from the ministry, about 200 local and foreign investors have so far expressed interest in the railway projects.

During the meeting, the minister spoke about the vision of the NPP government for the railway sector over the next four years and how the UK Department could support the state in that regard.

“The vision of the government is ambitious but it is certainly doable,” he said.

He told the delegation emphatically that “if the colonial government could complete the Western line from Takoradi to Kumasi from 1898 to 1903, with the technology of the time, then we can complete our programme if we work hard.”

Recounting the history of the rail transport in Ghana, the sector minister said “the British left us with 947 kilometres of rail, but only 13% of it is still in operation.

The existing railway network consists of the Western and Eastern lines.

The Western line from Takoradi to Kumasi covers a distance of 339 kilometres.

The Central Spine, which is yet to be constructed, will cover a distance of 595 kilometres.

It will link Kumasi in the central part of Ghana to Paga in the North on the border with Burkina Faso.

Head of Special Projects, UK Department of Trade, Craig Sillars, who led the delegation, said they were ready to partner the railway sector in the designing, engineering, construction and funding of rail projects.

India
In a related development, the Indian Government has promised to support the development of Ghana's railway system.

The Indian High Commissioner to Ghana, Birender Singh Yadav, made this known when he called on the Railways Development Minister recently.

According to him, the Government of India was ready to offer technical and financial assistance to the sector as part of its technical cooperation programme with Ghana.