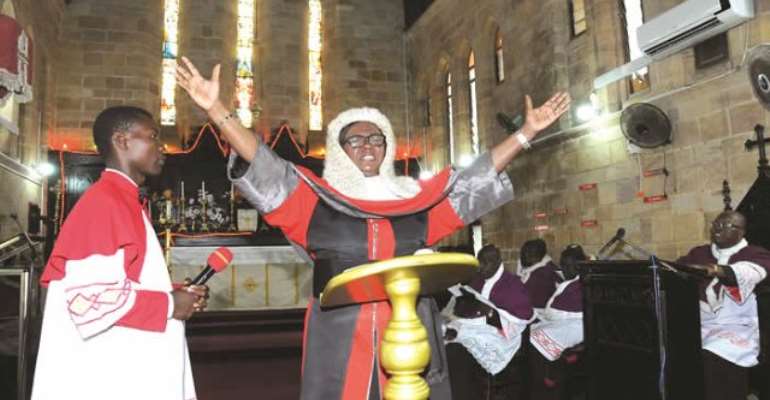 A Praise and Thanksgiving Service has been held in honour of Chief Justice, Georgina Wood, on Tuesday evening as she leaves office Thursday.

She retires from office after 47 years of public service , part of which includes nine years as Chief Justice.

Judicial Service Secretary, Justice Alex Poku-Acheampong, at the Thanksgiving Service expressed gratitude to all Judges for their support to outgoing Chief Justice.

Delivering a message on behalf of the outgoing Chief Justice at the Service held at the Most Holy Trinity Anglican Cathedral in Accra, Justice Poku-Acheampoing was full of gratitude for the staff of the judicial service for their support.

“She has gone through turbulent times. I remember the ‘several ways of killing a cat’...I remember the Ya Na case, when so-called pressure groups raided the courts to deliver a petition; the Lord was with us because we prayed.

“I remember Anas Aremeyaw Anas petition, the Lord was with us because we prayed. So the message is that whatever leadership position you find yourself, rely on the Lord,” said Justice Poku-Acheampong.

When she clears her desk on June 8, her birthday, she will be replaced by Justice Sophia Akuffo . 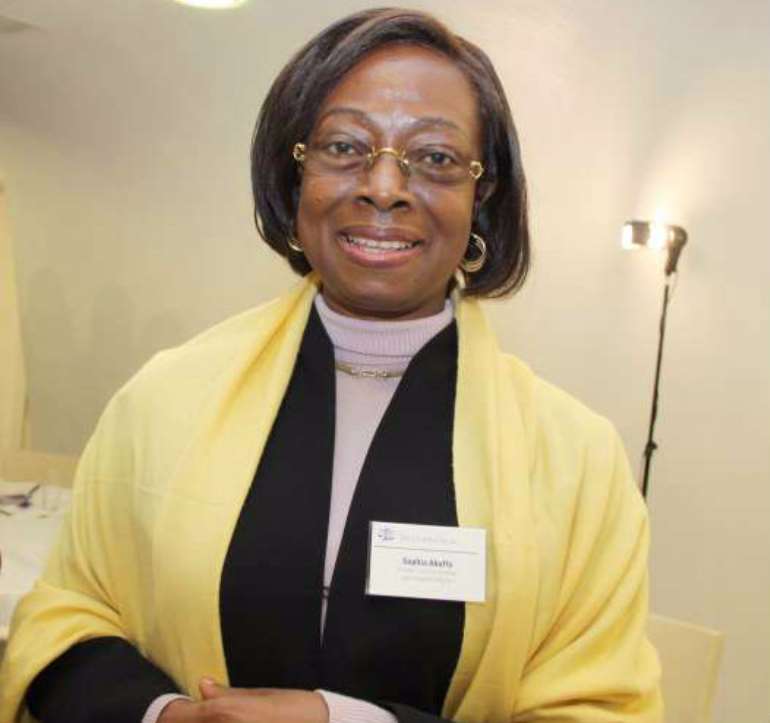 She attended Bishop’s Girls and Methodist Schools and obtained her LLB (Hons) from the University of Ghana, Legon in 1970 after graduating from Wesley Girls High School, Cape Coast in 1966.

She attended the Ghana Law School after which she was called to the bar.

She subsequently went for a six-month Post-Graduate Officers Training Course at the Ghana Police College after which she worked as a deputy superintendent and public prosecutor for three years. She joined the Judicial Service as a District Magistrate Grade II in 1974 and was later promoted to Grade I.

She continued her service and rose through the Circuit and High Courts to become the presiding judge of the Appeal Court in 1991.

Justice Wood was first appointed to the Supreme Court by President John Kufuor on November 12, 2003, a nomination she turned down, according to the Statesman newspaper.

She went on to become the Chairperson of the Alternative Dispute Resolution (ADR).

Justice Wood was again nominated for the position of Chief Justice in May 2007, and following the recommendation of the Council of State, the Parliament of Ghana approved her nomination as the new Chief Justice of Ghana by consensus on June 1, 2007.

Thereupon she became the 24th Chief Justice of the country and the first woman in the history of Ghana to head the Judiciary.

She assumed office on 15 June 2007 and is lauded as a human rights champion, playing a key role Justice for All programme.

In 2007, she received Ghana's highest National Award, the Order of the Star of Ghana for meritorious public service and most recently was given an LLD (Honoris Causa) from the University of Ghana.

She has also received an award from the Faculty of Law, University of Ghana for her outstanding Judicial Career.

Georgina Wood is married to Edwin Wood, a retired banker.