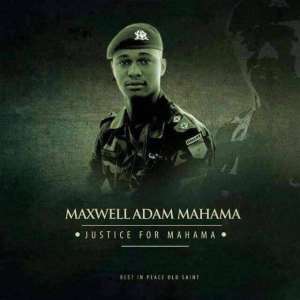 Black Stars Captain Asamoah Gyan has condemned the lynching of Captain Maxwell Mahama of the Ghana Armed Forces (GAF) by irate youth of Denkyira-Obuasi in the Central Region.

Gyan said it was cruel for the residents to have taken the law into their hands in such manner and urged the public to “come together to end such horrific acts”.

Captain Mahama was lynched on suspicion that he was an armed robber, after a group of residents from whom he asked for directions during a Monday dawn jogging session spotted a pistol on him.

The death of the soldier has been widely criticised, with President Nana Addo Dankwa Akufo-Addo, former Presidents John Mahama and J.J Rawlings leading the condemnations.

The Al Ahli Dubai striker tweeted that mob justice “has gone on for far too long” and it was time the practice was stopped.