Captain Mahama’s Lynching, And The Next One To Come 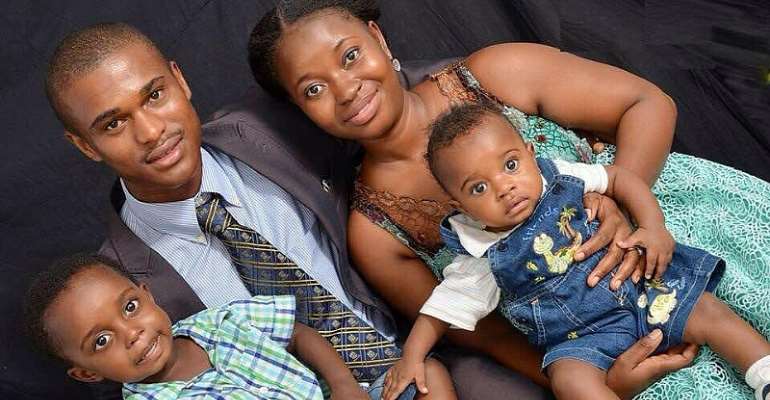 Instance justice, mob justice, or you will call it mob action, lunatics on the loose, that is what has happened, callous mobilization of insane individuals whose instincts seem to be lower than the most stupid of animals. Unfortunately Captain Maxwell Mahama became their latest victim, to satisfy the cannibalists whose rotten friends still live amongst us, everywhere, lynching innocent people, and sometimes we applauding them.

Absolutely no excuse is tenable, that a group of young people would gather for one reason; to kill an innocent soul. I am not interested in the fact that he is a military person. That is not the reason why the action of the village youth is wrong, and it would not have made it right if Mahama was an ordinary civilian. It should never be possible for us as a nation, to lose any person, whether rich or poor, educated or uneducated, in such a dastardly manner; it is insane, and I hope to see justice utterly done, to bring a semblance of relief to the family.

And that woman who lit that final match, to burn the remains of the captain, such a smelly ambassador of pain, who just forgot about Mothers’ Day which was recently celebrated in style, she lit a fire on a soul that was groaning on his grueling journey back to eternity, what a way to have lost our values, even at the village level, we seem to have completely lost everything, including the very things that we had pride ourselves in, the values of womanhood.

Otherwise how could we have had a typical African woman set fire on the intestines of a young son of another, when she was supposed to have been the one wailing, and showing unbearable pain, in defense of the same young man she set fire to?

I have said it before, that Ghana is gradually heading towards a fully matured lawless state where the law works only selectively, in favor of the political elites, and in favor of those who have power, and that a day is coming when the law itself will refuse to work, and then it will begin to work again, this time, in favor of the poor, the oppressed, and the ignored, at that time the law will not work against itself by itself, the poor will take the law into their own hands, and no weapon, no individual or a group of powerful people will be able to stop the law from working in a reverse order.

But the poor is gradually finding himself several avenues of expressing his poverty, they are beginning to find for themselves ways of taking back power, not in an expected straightforward way, but in their own ways that satisfies them, like it satisfies the elite when they are stealing from the poor.

Do you remember the reported incidence when Woyome was nearly attacked at the Achimota Mall? That is a classical example of how the poor may want to seek justice. If a whole country could be swindled in such a manner, with tacit connivance of Ministers, government officials, and then we will proceed on a charade of pretending to collect the money, deceiving everyone, and still allowing the man to keep the money, and in exchange we harass the very poor to collect taxes of GHC1, GHC2, from them, and they watch this Woyome man swim in opulence, you think they will not take justice for themselves?

Did we not talk about rampant accidents on our roads just a few months ago? The entire country was awash with stories of road carnage. It was an intensive road safety reportage for several days running, and that was it. The killer drivers are back on the road. This is not a conjuncture, my own recent experience, as recent as three weeks, a heavily drunk 207 driver smashed the left side of my car, and sped off. I was able to track him, and finally brought him to the police station.

At the Police station, this man still spotted heavy alcohol, utterly unaware of himself. He admitted to the police that he was drunk, and pleaded for forgiveness. The next day he had his car back to himself, and on the road again, before the car was even tested, driving passengers on long distances, serving as a risk to everyone who is using the road, with all of us waiting for the next accident to happen.

So what should I have done when I chased and got to this driver? I should have just stoned him to death, right? That would have kept him away from the road, and that may have prevented several accident related deaths that his drunken habit would have caused.

How many years was the British son-in-law of former Bank of Ghana Governor, Dr Henry Wampah, jailed for? He was jailed for 13 years. David McDermott was arrested in Ghana in March last year, over his involvement in a plot to import £70 million pounds worth of cocaine into the UK. This is somebody who has previously been found guilty of possessing cannabis, ecstasy and cocaine, he received a sentence less than half what the self-confessed 37 year old driver, Kwabena Num, was handed.

So why wouldn’t the Invisible Forces charge on a judge, to free their colleague, if they felt that their friend was not going to receive a fair trial? We have several public officials stealing several millions of Dollars belonging to Ghana, and they are freed by the courts. Meanwhile someone steals a fowl, another person steals cassava, and they go to jail for two years, is that justice?

A few years ago I made a distress call to the police, to report of a group of young persons who were brutalizing some customers in my restaurant. It took the police two hours to arrive, and when they arrived, it was two policemen, both in civilian clothes, with one in knickers with a stone! What do you think I would do next time?

We have several multi nationals who are given sumptuous concessions to mine on our agricultural lands. They take our livelihoods away from us, they fail to replace the arable land, and they evacuate their profits to their countries, living us poor. You give Aisha all the protection there is in this world to destroy my land, and I see her in bed with you, paying for some of your luxury lifestyle.

When I decided to join in the desecration of my own land, the same land that you have given to all those who are destroying it, you tell me I am an illegal miner, so you are stopping me. You stopped me while you are providing military protection for the other person who is not my kinsman, you are protecting the other person to destroy my own land, but you are not allowing me to gather something and sell on the same piece of land. Is that fair? Is that justice?

Captain Mahama’s death should be an opportunity for us to ask larger questions. Ordinary persons get killed out of mob action, on suspicion of being thieves, and Police does nothing about it, and we are all happy to celebrate that an armed robber suspect has been killed. Have we stopped to think how many of such people were truly innocent?

The Police shoot and kill individuals, and blame them for being armed robbers, and we all celebrate. One day, just one day, the tides will turn, and the so called ghetto boys, those we have kept shooting and throwing away, will rise, and they will kill one or two of our kinds, on suspicion of being corrupted educated thieves, and then we will find space, on all media platforms, to express our anger, and to call for justice, like we are doing for Captain Mahama, then they will refer us, they will refer all of us to the days when their kinds were being killed, and we will all begin to know that it was our greed that caused the pain, not them.