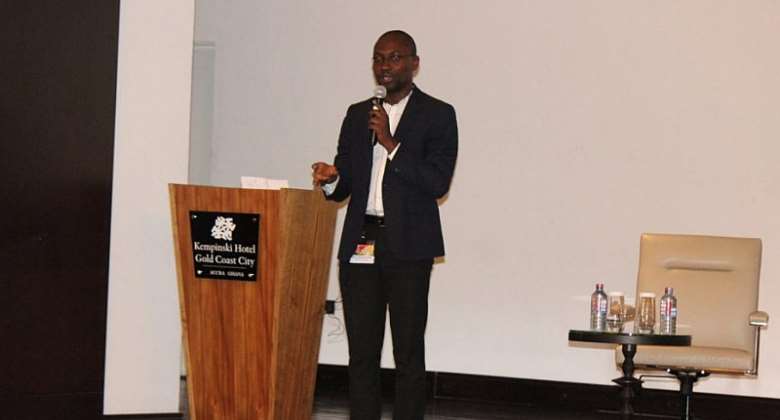 The Cargo XML which is expected to replace the existing Cargo IMP will be implemented on 28th May 2017, Aminu Uthman Oluwatoni, Manager Project Delivery at the West Blue Consulting has announced at IATA Day 2017 held in Accra.

He explained that as part of work of the implementation of the Cargo XML, notification including User Guide from Customs Division of Ghana Revenue Authority (GRA) took effect on 19th April 2017.

Mr Oluwatoni added that the pilot commencement of the Cargo XML service would start on the 28th April 2017, and would be enforced on the 28th June, this year.

Cargo-XML Recommendation Paper has recommended to airlines to use standard IATA Cargo-XML to exchange electronic information along the air freight supply chain as the alternative to the current IATA Standard Cargo-IMP.

In Ghana, West Blue Consulting is deploying the Cargo XML standard as part of the GNSW Electronic Air Manifest System to modernise the old Cargo IMP messages by leveraging new technology for maximum benefits, according to him.

Mr Oluwatoni used the opportunity to enumerate some of the benefits of the Cargo XMl. These he mentioned include: the reduction of cost development, transmission, maintenance and support; promote use of a common, universally accepted standard within the supply chain; and compatible with the standards of other industry bodies, such as the World Customs Organization (WCO).

Also, the Cargo XML according to him facilitates implementation of electronic air waybill (e-AWB), e-Freight and Advance Cargo Information (ACI); enables greater participation of Small and Medium Enterprises (SMEs) in e-commerce throughout the logistics chain; provides business rules to improve efficiency and compliance with regulations, such as ACI; improves data quality and allows for a quicker response to frequently changing requirements; and facilitates direct exchange of data by providing easy implementation between partners.

The IATA Day 2017 which brought together members of IATA, stakeholders in the aviation industry, policy-makers under one roof to discuss the opportunities, challenges, among others was sponsored by West Blue.

Previously, they were submitted in hard copies to ground handlers, after the arrival of the airlines at the airport.

The PAARS is a modernized system that has been developed by the Customs Division of GRA as part of the implementation of the GNSW project to enhance revenue mobilization, improve border security and customs clearance, overcome duplication across regulatory agencies and promote trade facilitation.

Madam Mintah explained to Members of the Parliamentary Select Committee on Trade, Industry and Tourism during a working visit to the company that; “customs and other agencies can get access to data in a timely manner to complete clearance processes even before the ship or plane arrives”.

This she would reduce the time and cost of doing business and aiding risk management and effective revenue collection for the country.

Since the introduction of the GNSW’s PAARS last year, traders are able to access Customs Classification and Valuation Report (CCVR) within 48 hours, she revealed.

In some cases, within an hour that is substantial improvement from the previous situation whereby it used to take traders more than a week or two weeks just to get their CCVR.

Madam Mintah was quick to add the system has brought some efficiency at the ports, reduced time, reduced corruption, and cost of doing business.

Another significant achievement Madam Mintah mentioned was the country’s historic performance on the recent World Bank’s Ease of Doing rankings.

Ghana had moved an impressive 13 places up on the Trading Across Borders in the latest World Bank Ease of Doing Business Report. The report accredited the performance to the GNSW project initiated by the government.

The Doing Business 2017 report, titled ‘’Equal Opportunity for All’, showed that Ghana was placed at position 108 out of 190 countries surveyed in the Overall Ranking of Ease of Doing Business – an improvement from 111 in the previous report.

In the sub-Saharan Africa sub-region, Ghana ranked in the Top 10, coming 9th, out of the 47 countries ranked in the region. This is evidence that the Government of Ghana is pursuing active reforms to ensure the Ease of Doing Business in Ghana.

The Customs Division of GRA took over the processing of the CCRV from the destination companies in September 2015.

The CCRV replaced the destination inspection report also known as the Final Classification and Valuation Report (FCVR). In spite of the successes chalked so far through the implementation of the PAARS, West Blue is still working hard to facilitate trade and maximise revenue for the government.

Based on the experience of the Single Window implementations in other countries, West Blue estimated that the GNSW project would reduce the cost and time of international trade (import, export and transit) in Ghana by 50 per cent and 25 per cent respectively over the next five years.

Instructively, the GNSW project was initiated on 1st September 2015 by the Government of Ghana to enhance the country’s trade and economic development and secure and increase government revenue. It was officially launched in 1st December, 2015.

Indeed, the Single Window concept was developed by the United Nations Economic Commission for Europe (UNECE) in 2005 as an effort to simplify, harmonise and standardise international trade procedures and associated information flows between trade and government and within government itself.

UNECE, through its UN Centre for Trade Facilitation and Electronic Business (UN/CEFACT), defined Single Window as “a facility that allows parties involved in trade and transport to lodge standardised information and documents with a single entry point to fulfill all import, export, and transit-related regulatory requirements. If information is electronic, then individual data elements should only be submitted once”.