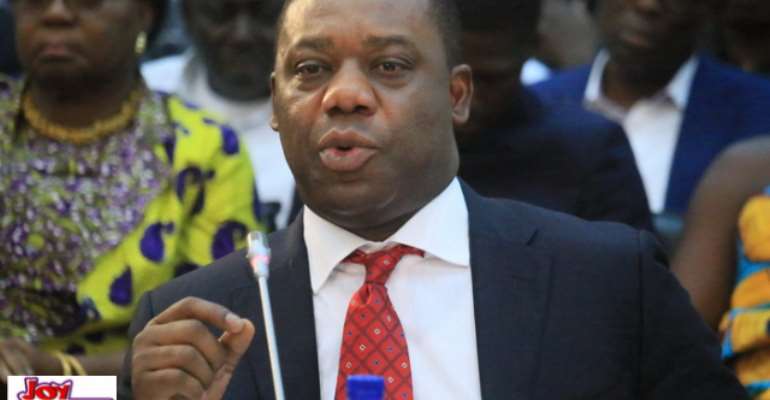 Most of us Ghanaians have the penchant to pursue the path of escapism when we are faced with a social challenge. That social change could have a debilitating effect on society is not in doubt, but our ostrich behaviour toward social change has often compounded our challenges in society. Whenever, there is a change, we clamour for the past, forgetting that the past was one time modern, and itself a product of change. Indeed, Niccolo Machiavelli was right when he argued that man craves for the future, but when he is in it, he craves for the past.’ Atavistic feeling for the past is never the solution. Accepting the reality and finding a solution, and not retrogressing is the way out.

In Ghana, we always want to pretend that there has never been a change. And we also fail to accept the fact that change is a fact of life. We also tend to romanticise and idealise the past, and so our clear sense of the present and future is always obfuscated. Tragically, we often fail to realize that there is a line of demarcation separating the church and state. However faint this demarcation is, it is a reality that we don’t live in a theocratic society. The failure to make this distinction has often caused some hardcore religious, not necessarily Christian, Ghanaians to bring their religion to the public space.

We, therefore, either reject change as a reality, or seek some fictitious religious interpretation of change. We fail to come to terms with the fact that not every Ghanaian accepts the reality of our faith as Christians. Because of this epochal failure to distinguish between state and church, we have often compounded our challenges. For instance, in 2004 when the late Professor Sekyi Awuku Amoah, the then Director General of Ghana AIDS Commission suggested the legalization of prostitution to control the rapacious spread of HIV/AIDS, most Ghanaian religious people, as usual, were quick to unthinkably designate the good professor as Satan incarnate.

Indeed, our vicious attack on the professor was based on our failure to accept the fact that prostitution was and has become part of the Ghanaian social system. Historically, prostitution was always part of some Ghanaian societies, and our ancestors had a way of regulating the practice. However, in an age of HIV/AIDS, prostitution is killing thousands of Ghanaians, and denying the nation the energy of the young men and women, who are needed for nation building. And yet, our brothers and sisters, who practice religion without knowledge, want to play the ostrich game, by pretending there is nothing like prostitution, and HIV/AIDS. In fact, some spiritualized the disease!

An example here would explicate my position. Over a decade ago, when HIV/AIDS become a terrible disease burden in Uganda, the people decided to take a decision. They had to face reality. So, what the government of Uganda, and other stakeholders did was to provide free condoms to all students. Makerere University, a secular university and the oldest in East Africa, accepted the challenge and placed condoms at the reach of all students. Religious universities – Islamic and Christian universities – refused to accept the reality of HIV/AIDS, and rejected the idea of placing condoms at the reach of students. Their argument was that it would promote promiscuity. What my Christian and Muslim brothers and sisters failed to understand was that sexual promiscuity has always been with us.

So, a few years after experimenting with condoms, a study disclosed that HIV/AIDS had significantly reduced in Makerere University, and was rather on the increase in religious universities. Indeed, when we deny reality, we pay the heaviest price.

Currently, in Ghana, we are discussing the possibility of reverting to the ‘O’ and ‘A’ level systems of education. This recent call was made by a group of religious people, who ostensibly want to provide a solution to the so-called fallen standard in education. As is common in Ghana, for over a week, the debate dragged on on traditional and social media: some providing all forms of silly arguments, while others could not clearly think through to diagnose the real cause of the poor show of students and pupils in recent Ghana.

Eventually, the argument was between products of the old system and the JHS/SHS system. But, sadly, the arguments got lost in the sentimentalities that clouded commonsense over the issue. As a product of JHS/SHS, I sat behind, and thought that, what most of the debaters were doing was that they were failing to recognize that a lot has changed since we entered the 21st Century. And, so the call for recourse to the old system was, for me, a call for atavism. My argument is not to valorize the old system, but to say that we need to embrace reality and fight on.

When I left basic school and senior high school in 1998 and 2001 respectively, we did not have the tremendous explosion of technology in our society. Mobile phones were simply not common, and as students, we simply did not have access to it. So, when I was leaving West African Secondary School in 2001, most of my colleagues had to cry over how impossible it was going to get to reach each other, aside letter writing, and landline, by a few affluent families. In fact, I never used a mobile phone until when I was in second semester in third year at the University of Cape Coast in 2007. In the same way, computers had just been introduced to us when we were in SSS, but because we lacked the sophistication to use it, my colleagues and I delighted in entertaining ourselves with computer games.

Also, when I was in basic school, we only had traditional media in Ghana. We did not have social media, which is now defacing the traditional media. Also, when I was in basic school, we had only one major television channel, GTV, and the state had absolute control over what was shown on our screen. In fact, I lost interest in watching television because, my late father, in his attempt to cause me to study, decided to buy television, and instead of bringing it home, he kept it at my paternal aunt’s resident at Kaneshie. And so, the unfriendly faces that showed on people who had television whenever I entered their rooms to watch television, kept me from TV. Till date, I still don’t like TV.

In the same way, we did not have many radio stations. And what that meant was that the state again had control over what was aired on radio. But things have changed so much since the liberalization of the media space in the Fourth Republic.

In the same way, our mode of entertainment has changed. When I was in basic school, we had lots of games that instilled critical and logical thinking in us. Those of us in Zongo communities and villages, had to use creative means to get our toy cars and other tools for games. But alas, things have changed.

Today, there is almost the reverse of what I experienced as a child in the 80s and 90s. We live in an age called the Age of Information. This age has been mediated through the Internet. Children today have different sources of developing critical thinking, and also entertaining themselves. Some children are so precociously gifted in the use of computers and Internet that, some of us are simply called ‘Born Before Computers’ (BBC) when we encounter such children. That is the reality!

The new change in communication has had some implications – negative and positive – for society. But, for the purposes of time and space, and the topic under discussion, I would dwell on education. Education is widely accepted to be fundamental in nation building, and so, throughout the ages, nations that have made significant progress took education seriously. And since education is pivotal in state formation and nation building, so-called developed countries have taken advantage of technology to enhance the quality of education.

The traditional means of learning, which was highly mechanical, has largely given way to computerized way of learning. In fact, in some countries, hardcopy books are giving way to E-books. Physical libraries are digitizing their reading materials. Lecture notes are now circulated through the medium of the Internet. Learning approaches are deeply mediated by the Internet. Plus or minus, some progress has been made.

But in the case of my country Ghana, we have failed to see the light. We are behaving like Okwonkwo in Achebe’s classic, Things Fall Apart, who failed to appreciate the wave of social change in the Ibo society, and in the process faced the highest form of humiliation. Most of our libraries, even at the tertiary levels have not been digitized. Most students have not been given sound orientation to help them use the Internet to facilitate their studies. E-libraries are almost non-existent in Ghana. We don’t even have a national library that would take advantage of the Information Age.

And when students and pupils, on their own decide to experiment with the reality of the time, we brand them evils. A few years ago, the patriarchal Ghanaians were at their best, when they roundly discouraged the use of mobile phones in senior high schools. Again, what these patriarchs did not know is that, mobile phones now have multiple functions, such that, aside, making and receiving calls, phones are now used for research. Our patriarchs simply had a narrow understanding of mobile phones.

So, as Ghanaians, what we should do is not to hide from the fact of social change. What we need to do is to find a way of regulating the changes that modernity bring to us, such that we would be able to minimise its negative effects, but rather maximize its positive effects. After all, whether we like it or not, change is a fact of life. Thus, criminalizing change would only compound our problems.

So, instead of reverting to the old educational system regardless of its benefits, we should explore how technology could enhance education in the 21st Century world. Retrogressing is not always the solution.