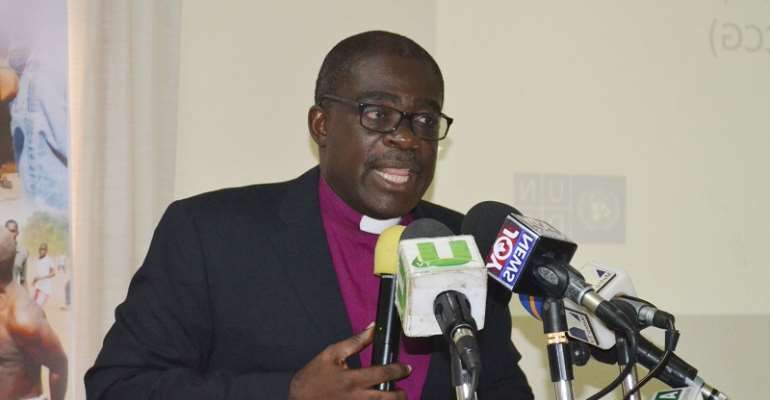 Government is not financing the national cathedral for Christians in the country, but only facilitating its construction, Reverend Dr Kwabena Opuni-Frimpong, General Secretary of the Christian Council of Ghana, has said.

His comment comes amidst growing controversy over the purported construction of a national cathedral for interdenominational prayers for Christians.

President Nana Addo Dankwa Akufo-Addo cut the sod for the construction of the chapel to mark the 60th anniversary of the country.

The President cut the sod on the morning of the 60th Independence Day at the National Scholarship Secretariat.

James Kwabena Bomfeh, a member of the Convention People's Party (CPP), has filed a writ at the Supreme Court challenging government's decision to build the cathedral.

Mr Bomfeh does not believe it is the place of government to undertake such projects.

Osofo Kofitse Ahadzi, a cultural anthropologist and senior member of the Afrikania Mission, has spoken against it and wondered if that should be a priority for government.

But speaking on Accra-based Class FM, Rev Opuni-Frimpong said government was not funding the project.

“Our understanding of this national cathedral…I have had a conversation with the Minister for Chieftaincy and Religious Affairs, Kofi Dzamesi, and my understanding is that it is the churches that are going to build this national cathedral. In his words, government is going to facilitate…but what will go into the facilitation as at now we don't know,” he told show host Moro Awudu.

He noted that government had supported religious projects in the past and so facilitating the construction of the national cathedral would be nothing new.

“Now we know that there are several projects in this country – whether churches are building schools, hospitals and several of church projects – that district chief executives, regional ministers, Members of Parliament and, sometimes, sitting presidents have made donations to. There have been instances where private religious institutions have received support from government.

“There have been instances that the Ghana Journalists Association under President Kufuor has donated towards religious projects. There have been instances that religious leaders have received support and donations… So now what exactly government is going to do on this national cathedral is what we don't know. But governments over the years have facilitated religious development projects and this is not new to us,” he emphasised.