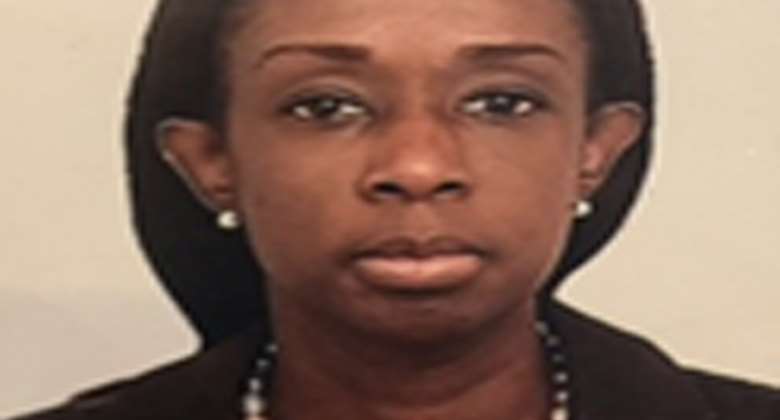 Information reaching DAILY GUIDE indicates that experienced pharmacist, Delese Mimi Darko, is likely to be appointed by President Akufo-Addo as the new Chief Executive Officer (CEO) of the Food and Drugs Authority (FDA).

The need for the appointment of a new CEO for FDA became necessary after Hudu Mogtari, the immediate past CEO of the authority, was relieved of his appointment.

Ms Darko, one of the long-serving officers of the FDA name, has popped up as the person likely to take over the management of the authority even though there are other contenders.

However, her inside knowledge of the job put her ahead of other contenders.

Attempts to link her to the opposition NDC had been dismissed, having been described as thorough professional at the FDA working at the agency since its inception.

Earlier report suggested that she was a lackey of notorious Stephen Opuni, former boss of the authority.

Brief Profile
Ms Darko who graduated from the Kwame Nkrumah University of Science and Technology (KNUST) in 1991 as a pharmacist has served the FDA in various capacities.

In 1997, she was one of the pioneers of the newly-established Food and Drugs Board (FDB) which later came to be known as the Food and Drugs Authority.

Ms Darko was in 2005 and 2006 instrumental in the setting up of two technical advisory committees to assist the FDB/FDA in their work.

With the appointment of Dr Stephen Opuni in 2009 by the Mills/Mahama administration as the new CEO of FDA, the departments that were being headed by Ms Darko at the authority were reportedly downsized, leaving her with just two activities, namely Clinical Trials and Pharmacovigilance.

She was subsequently appointed onto the WHO/CIOMS Committee on Vaccine Safety to work with leading regulators from the US, Europe, Canada, Japan and other countries to set standards for global vaccine safety.

In recognition of her excellent performance, the final meeting for that committee was hosted by the FDA in Accra in 2016, first time ever in sub-Saharan Africa.

Due to her growing status and being frequently requested by the international agencies to not only attend, but to be a speaker at their meetings, the vaccines unit of the FDA was added to her department in 2012/2013 by Dr Opuni, just prior to his departure from the FDA.

She is a founding member of AVAREF, the African Vaccines Regulatory Forum, and was nominated last year to serve on the Technical Coordinating Committee (TCC) of the newly-organised AVAREF. This has put Ghana in the forefront of research regulation in Africa and has ensured tremendous support to the country in the area of clinical trials.

She has served as an expert advisor on the African Regulators Network (ARN) and worked tirelessly to ensure harmonisation of regulatory systems across Africa.

Use dialogue, not brute force, childish behavior and 'takaas...
21 minutes ago