Why Are Black People Obsessed With The Bible That Was Used To Enslave Them? 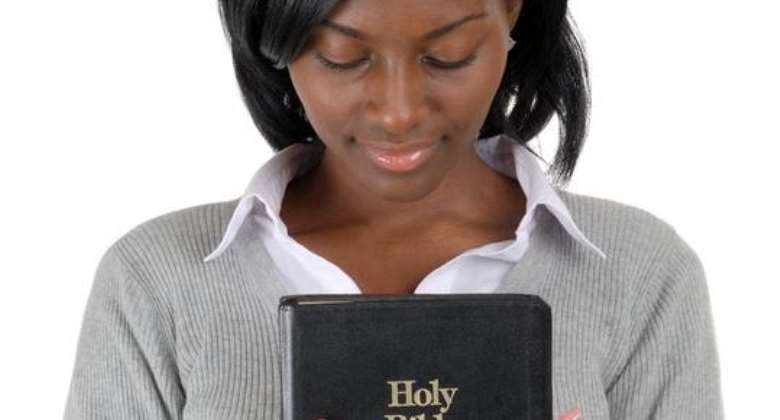 When I became a born-again Christian in 2008, I started studying the bible word for word. I would spend hours a day reading all commentaries for all the verses I studied.

The more I studied the bible the more I realized that most of the Christians around me did not believe everything that was in the bible. It was either they did not know half of the bible or they knew and chose to ignore. As a person who always thought deeply about things, it was crystal clear to me that half of the bible was very disturbing to the human mind. If today people lived by the bible rules from Genesis to Revelation, they would be deemed mentally unstable, barbaric or even evil.

If a man raped a woman, their punishment was to marry the woman by paying a dowry to the father. It was irrelevant whether the woman loved the man or not. There was no such thing as human rights as we know today. In wars, the Israelites would kill their enemies, including the women and children without mercy, and would take the virgins to be their wives.

Bible character Lot offered his own virgin daughters to be gang-raped by men of Sodom so that the angels of the Lord would be spared. But in the eyes of God, he was a righteous man.

There are a lot of other practices and laws in the bible which today are seen as beyond barbaric. The Christians of today will skip all those disturbing scriptures and cherry-pick on the ones which are positive and makes them feel good, both in the New And Old Testament.

One of the biblical scriptures that remain untouched today is SLAVERY. The hard truth is that both in the New and Old Testament, slavery was never condemned by God. The biblical era itself was an era of slavery. Slave masters were told how to buy slaves and how to treat them. In the New Testament, slaves were simply ordered to obey their masters. Jesus Christ himself was mute on the issue of slavery, He never said a word against the practice, which was very common in His day. He could have simply told the slaves of His day to start social movements to fight against the injustices of slavery. Slaves could have started a “Slaves Lives Matter” movement, protesting in the streets, but Jesus Christ never encouraged such.

The new Christians themselves had slaves. In the book of Philemon, the Apostle Paul sent a slave who had escaped back to his Christian master, because it was the “right thing” to do.

When I first became a Christian, I remember writing about the topic of slavery according to what the bible said, and the article was obviously not well received.

The whites had something the blacks did not have, the BIBLE. The good book gave them the authority to overpower the black race. The white men taught the black men the bible, and with scriptures like these, they were justified to enslave. “Slaves, obey your earthly masters in everything; and do it, not only when their eye is on you and to curry their favor, but with sincerity of heart and reverence for the Lord. Colossians 3:22”

Today the black men still cry that they were enslaved by whites, but will not accept the fact that they played a huge part in the trans-Atlantic slave trade. In no way am I saying the white men were justified in what they did, but I believe the bigger blame is actually with the people who sold their own brethren into slavery. Who is more to blame, the slaves who bought Joseph or his own brothers who sold him into slavery? Black people will never get anywhere unless they stop preaching half-truths about racism, colonization, and slavery. We have to confront our own history and deal with it.

Our forefathers allowed themselves to be indoctrinated by the bible so that they could be enslaved. They were not smart enough to think for themselves at this point. They were even more in numbers than the whites, yet with the bible, they were conned into slavery, in one of the greatest evils ever done to mankind.

If black people are asked to think critically when holding the same bible that enslaved them, they refuse to question what's in the bible as they fear they will be sinning against God.

The white slave masters were bible believing “sincere” Christians. They went to Africa to spread the gospel and saw an opportunity to enslave black people to make their lives better using the very gospel they were spreading.

Today the white man has finished with the bible, in fact they are finished with God. They have removed God from their schools and systems. They are now the masters of atheism. They call the bible an evil uncivilized book. However, they are still reaping the benefits of what the bible gave them, slavery and colonization. They are the most privileged people in the world, and the only reason why they are privileged is because their forefathers used the bible to enslave black people and better their lives, and that is the inheritance of white people.

As for black people, still divided today, still suffering as hell, still experiencing the after-effects of colonization which will probably never end, they will hold and defend the bible till death. The blacks are forever trying so hard to get to where the white man is today, but no matter how the blacks try, they are not able to catch up. Africa seems to be getting worse by the day, black people are going mad with Christianity, some even drinking sewage because their pastor says so. Last year in Nigeria a pastor and his congregation were burnt to death after he poured petrol on himself and the congregation and lit the room on fire saying God would not allow them to burn.

If you want to be where the whites are today, the only solution is to do what the white people do today; which is to question everything and think. Remove the bible from your head for just one hour and question and think. It’s not being demon-possessed and it’s not being evil, its called freedom. Unless you will ever get to this place, as black people you will forever be in chains. And it is clear to me that even in 2017, black people are not ready for freedom.

As I finish this article, I leave my readers with only two questions. Why are black people so obsessed with the bible, which is the book that caused their suffering? And why is it that they are the only people who when holding the bible refuse to question anything or think?

This Article first appeared on www.jeangasho.com