..A Lot Of Ghanaian Folks Know What Photoshopping Is But Few Know What Photo Super-Imposition Technique Is, Much Less Have They The Knowledge Of Facial Technology..
By Richard Agobodzo
Feature Article 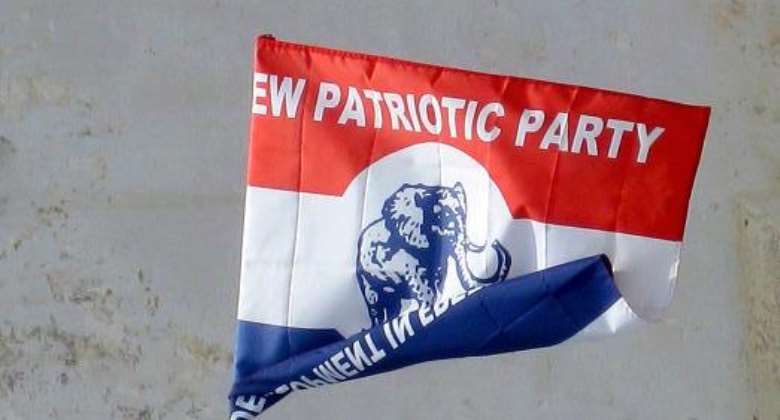 I vividly recall, when l challenged NPP aficionado when he wrote a comment on Dr. Michael Bokor's facebook post to suggest that, somehow, identity can be changed, of which l categorically dismissed that identity can't be changed

Because there are other components or constituent elements that encompass identity like fingerprint, DNA, family lineage, professional and criminal records can't be changed, making identity practically impossible to change. Talking about identity, the most commonest thing that comes to mind is name.

When we intend to "change identity," changing our names, some say, to express new attained height, as it always the case when a married woman adopts part of her husband's name, or to express looks, but the fundamental purpose of changing names from old to new is to disguise as l will put it

The most encompassing elements that constitute identity, l will settle for two determining factors

When it comes to data collection for identification purpose, be it national or international the most commonly used everywhere is fingerprints which come in design/pattern.Though DNA could also be used but is clumpsy, hectic and tedious

Because to collect DNA from saliva etc. officials would have to swap DNA sample from people's mouth or from droplet of blood etc. which l think is mostly not convenient, comfortable and healthy as officials might be exposed to large section of people with different medical history, so officials settle for fingerprints

Well, the hyperbole, bio is just prefix of biography or biology which is the study of living things like animals and plants - if l don't forget my days of science study just a bit

Biometric verification, as far as voters register is concerned consists of taking down the fingerprints attached to individual name/s during registration exercise, then when the voter " turns" out to vote, his or her fingerprint is taken again to compare with the existing fingerprint to match it up and then cancels his or her name temporally to prohibit him or her from voting again until the voting process is over thereafter restore him or her again - am not EC official but that is the only logical conclusion one can make

In essence, the so touted biometric verfication, is just identification of Ghanaian potential voter as who he or she is. Note; this process can be done manually, the machine/device only helps to multiply our strength, making it faster

Then we have the same process used in Ghana since 2012, what will be different this time, during registration, instead of taking fingerprints, apart from the usual photograph, potential voters will have their facial features taken down, then during voting, their facial features will be taken again by biometric facial technology machine for verification

But in Togo and continental Africa we have not heard of voters registration with biometric facial technology machine apart from fingerprints technology. And if we should weigh the possibility that, in Togo, indeed there exists biometric facial registration sauf, we haven't had the wind, even so, facial features are not unique to individual, that is to say several people can have the same facial features

What makes NPP lie must obvious, if indeed we have to assume not to admit, there is such technology, both Togolese voter ID and register will show the kind of photo that NPP showed to the whole world presumably taken with biometric facial technology but such ID photo will not only be difficult to notice optically but illegal too, as such IDs can't be tendered for any legal transations including exercising constitutional right of voting

I believe Mr. Anokye NPP affiliate who works with NASA, and later Mr. John Boadu, then NPP's mouthpiece might have confused a technique called photo super-imposition; which consists taking two photographs from the same angle and dimension to compare whether the facial features like, the distance between the mouth, nose, eye, ear and cheek are similar. This technique is used mostly in investigation with a skull

This technique (photo super-imposition) is not definitive in identification, it only helps as lead in one's studies because as l said earlier facial features are not unique to indivimdual

Ironically NPP managed to deceive the world and most importantly its arch-rival, NDC, and the only way NDC could dismiss NPP's claim was to based their conclusion on the fact that NPP couldn't have access to Togolese voters register since is a sovereign country's property

En fin, NDC was unable to dismantle NPP's lies in the manner am doing right now. Very Interesting is the case, if NPP could lie in a thing like this what other lies is NPP telling?