Communities and KMA on collision course 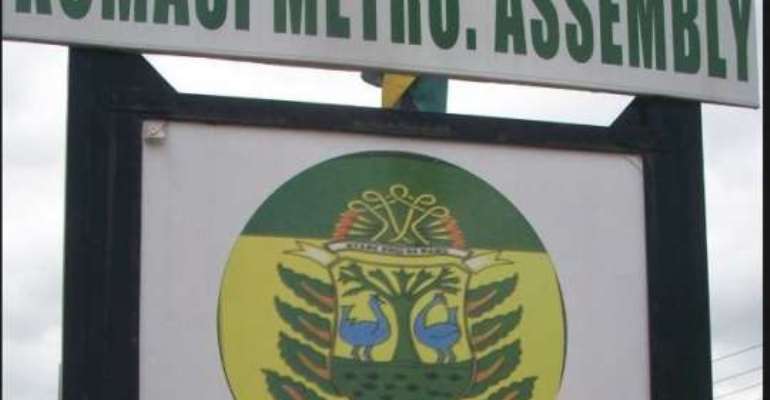 By Josephine Nyarkoh, GNA
Kumasi, Sept 21, GNA - The people of three communities - Atonsu Kuwait, Oti and Aprabo, on Wednesday hit the streets to express fury over, what they say is the insensitivity and indifference of the Kumasi Metropolitan Assembly (KMA) to the health hazard posed by its Kaase landfill site.

The overpowering stench from the place has become a huge worry - discomfort and irritant, to residents in those areas.

It has additionally become major breeding grounds for mosquitoes, resulting in high cases of malaria, typhoid and diarrhoea among the population.

To send powerful message to the city authorities that they could no longer cope with the situation, they blocked the road leading to the site to prevent trucks carrying waste from emptying the contents.

Hundreds of residents dressed in red and black, to signal their angry mood, they shouted slogans and carried placards with messages denouncing the assembly.

Mr. Elliot Fosu Bannor, the assembly member, said until the place was fumigated, they would not allow its continued use by the assembly.

The understanding reached between the communities and the KMA was that there was going to be regular fumigation of the place but this had been ignored and not being respected, he added.

He said he could not remember the last time the assembly took the trouble to control the flies, pests and disinfect the site.

Mr. Bannor called on the assembly to take urgent steps to get things done properly to protect the health of the people and avert imminent disaster.