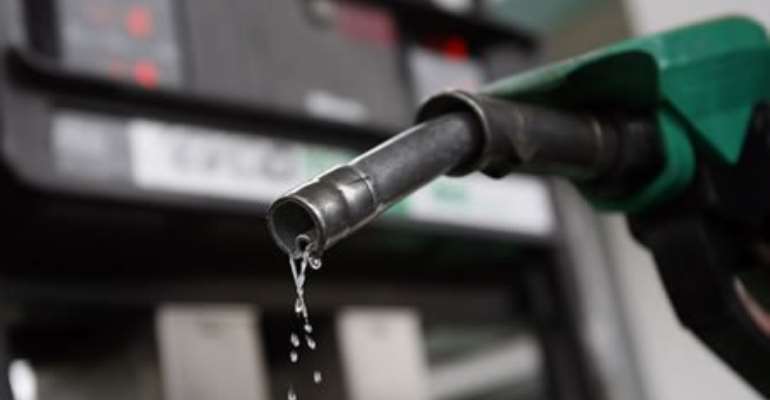 The Institute of Energy Security (IES) is projecting that fuel prices will remain fairly stable in the first September pricing window, which takes effect from Friday September 16.

IES cites low national fuel inventory, minimal reduction in Platts and Brent crude prices, and the fairly stability of the Cedi against the U.S. Dollar as factors for this projection.

“The institute also expect the Oil Marketing Companies as a matter of principle to effect any reductions which may be necessary in the future with the same speed of light as they did when it became necessary to increase prices in the previous window,” a release signed IES Principal Research Analyst, Richmond Rockson stated.

IES provides the following analysis.
Local Fuel Market
By the third day into the first Pricing-window for September 2016, Petrol and Diesel prices had risen by 5.3% and 7.6% respectively.

Oil Marketing Companies (OMCs) fed on the news of low stock of Diesel in the country to overshoot Diesel prices way above logical level. This agenda was ably led by Shell Petroleum and Quantum Petroleum on the second day into the window, causing other OMCs to follow sync. Together with Allied Oil, Total Petroleum, and Petrobay; Shell and Quantum were forced to reduce their prices by an average of 1.02% on the eighth day of the window as a result of low patronage by consumers – spiraling another price war. Today the average price for Petrol and Diesel is Ghs3.625 and Ghs3.608; suggesting a price increase of 4.33% and 6.86% respectively over the window. Radiance Oil maintains the top spot on the IES Top-10 Chart as the OMC selling the cheapest Petrol and Diesel on the local market.

World Petroleum Market Indices
Over the Pricing-window, benchmark Brent crude slipped 3.46% to $47.74/barrel on account of renewed worries over supply glut, and slowing oil demand growth. Platts prices for Petrol and Diesel sunk by 1.8% and 4% to close at $483.31/metric tonne and $408.16/metric tonne respectively; due to unexpected sharp increase in stockpiled refined products.

Local Market Index and Inventory
The Cedi gave away a marginal 0.21% to the U.S. Dollar over the Pricing-window, according to data obtained from the Bank of Ghana. The combined Petrol and Diesel stock in the country fell from 395million litres to 287million litres over the Pricing-window. The Diesel stock (107million litres) is the lowest recorded in the year, and can meet under three weeks of national consumption. The Petrol stock level held in-tank and on vessels is also projected to meet around 6weeks of national consumption, independent of National Petroleum Authority consumption figures. Over the period, Tema Oil Refinery also received approximately 1million barrels of crude oil, and this is expected to shore up the country’s stock of refined petroleum.

Withholding salaries of workers without Ghana Card illegal –...
7 minutes ago