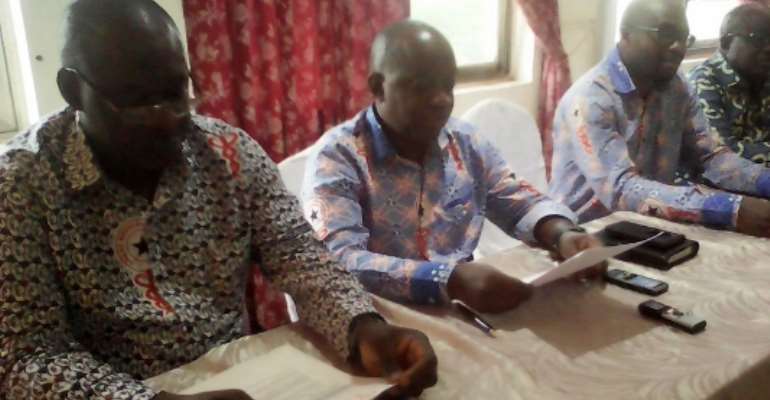 The Ghana Medical Association has expressed worry at the gradual re-introduction of the cash and carry health care delivery system at various health facilities across the country due to prolonged indebtedness of the National Health Insurance Authority (NHIA) to service providers.

According to the association, the bureaucratic cash inflows to the NHIS risk collapsing the NHIS policy if government does not urgently address the issue.

In a press statement issued at the end of the third National Executive Council meeting of the Ghana Medical Association in Bolgatanga,  Upper East Regional president of the GMA, Dr. Afful- Mensah said, the major problem with delays in prompt payment by NHIA to service providers  is the lackadaisical attitude of the authorities that be, to transfer mandatory funds from the consolidated fund to the NHIA for onward payment to service providers.

“Although the amount generated from the 2.5% on VAT goes to the National Consolidated Fund from which the NHIA is paid. But the amount that is supposed to be paid to the NHIA in bulk as expected from the consolidated fund is not always given on time or given only when it’s  convenient for the authorities that be, thus resulting in the delays of payment to service providers”.

The National president of the GMA DCOP Dr. Ewusi-Emmim wants the NHIA and government to urgently take steps to settle arrears owed service providers to avert the collapse of the scheme.

“The GMA is gravely concerned with the gradual re-introduction of cash and carry at the various health care facilities across the country. It is a fact that, the facilities are restoring to cash and carry because of prolonged indebtedness of the NHIS to them. Indeed, some facilities have not been paid their claims in the last quarter of 2015.

“The NHIA should as a matter of urgency take steps to pay the facilities the amounts owed them to save the system from total collapse because we cannot afford to return to the days of cash and carry”.

Dr. Emmim appealed to government to reduce the current astronomical utility tariffs which are having dire implications on health service delivery.