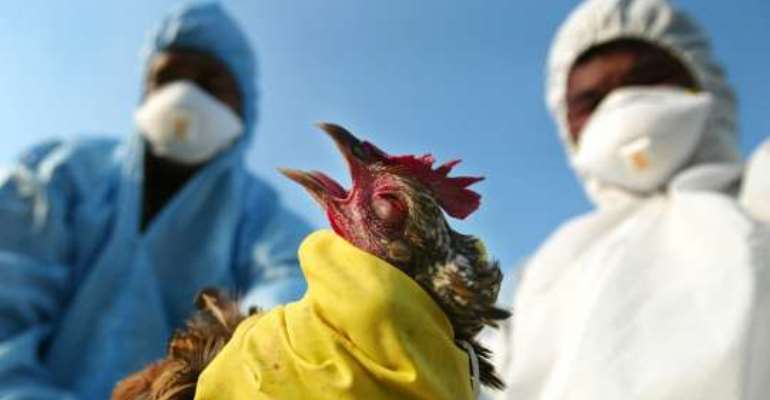 By Bertha Badu-Agyei, GNA
Koforidua, Apr 07, GNA - The Veterinary Services of the Ministry of Food and Agriculture (MOFA) in the Eastern Region, has intensified sensitization on the contagious avian influenza disease to poultry farmers and the general public towards its prevention and containment in the Region.

Though the Region has not yet recorded any case since the outbreak of the disease in the Country in May last year, strenuous efforts are underway towards its prevention and containment through the institution of bio-security measures.

The education drive is targeted especially at poultry farmers and dealers along the poultry products supply value chain.

Dr Kingston Mickey Aryee, the Regional Veterinary Officer, made this known at a briefing with the Parliamentary Select Committee on Food, Agriculture and Cocoa Affairs and the Eastern Regional Coordinating Council (RCC) in Koforidua.

He explained that as part of the contingency measures, the officers have been conducting farm and live bird market visits to ensure quick response to any suspected case- a sure and faster way to curtail the spread of the disease.

He said the sensitization has started registering positive impacts in the form of increased vigilance by all stakeholders in the poultry industry in the Region.

'Poultry farmers now appreciate the need to investigate the cause of death or infection of any bird', he added.

Mr Bright Demoji, Member of Parliament (MP) for Bortianor, Ngleshie Amanfrom and acting chairman of the committee, said following the outbreak of the Avian Influenza, parliament authorized the release of 11 million Ghana Cedis from the contingency fund to educate and sensitize poultry farmers as well as pay compensation to affected farmers.

He said the authorization for the release for the contingency fund was the first time by parliament and it indicated the serious attention 'we the lawmakers attach to the poultry industry due to its huge impacts on job creation and the economy'.

The MP noted that the visit was part of a nationwide tour to learn from the effective strategies adopted by the Region to monitor the usage of the funds released to MOFA in combating the deadly disease and commended the RCC for their full support in that regard.

The Regional Minister, Ms Mavis Frimpong, thanked the team for the visit and indicated that since the Region was an agricultural hub, they would support any strategy that sought to protect farmers and appealed for the establishment of agro-processing factories to aid job creation.

As part of the visit, the select committee interacted with some members of the Eastern Regional Poultry Farmers Association and visited the Koforidua Abattoir and some poultry farms.