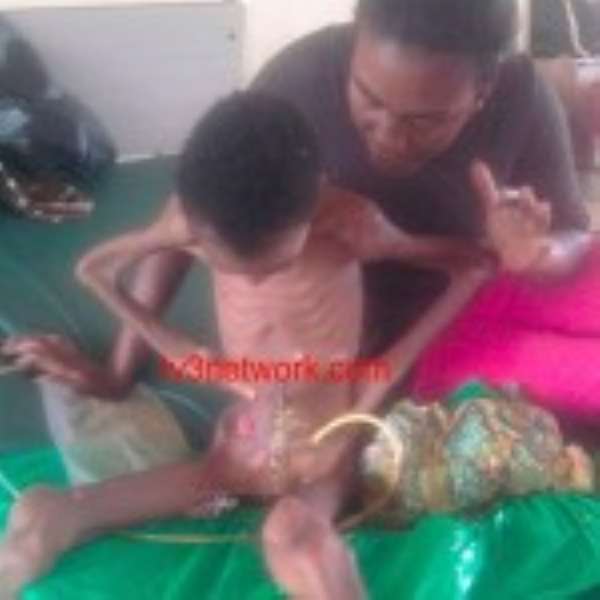 The eight-year-old girl who was left bedridden with a gaping hole in her intestines from a surgical procedure that went wrong has died.

Little Priscilla Pomaa, the class two  pupil of the Chiraa Model Primary School, lost her battle with life on Monday, March 10, 2016, at her home in Chiraa in the Brong Ahafo Region and has since been buried.

Priscilla prior to her death endured months of pains from the hole in her intestines from an appendicitis operation that did not go well last November.

The mother of Priscilla, Mary Adumaa, who confirmed the incident to TV3 online, said she has left everything to God.

It could be recalled that DAILY GUIDE published a story about little Priscilla, who after an appendicitis operation, suffered repercussion when she was given food after the operation that left her bedridden.

.
Priscilla's mother said after her daughter was given food, her stomach became reddened and later developed into a sore, causing the surgical stitches to open.

She said four other surgeries that sought to correct what the mother of the girl claimed were negligence on the part of the doctors failed, the doctors were said to have declared they had “exhausted the level of their professional knowledge” on the girl's condition.

Sleepless nights arising out of pain, passing excreta through the gaping hole in her stomach through the opened intestines was the agony of the girl and her mother before her passing.

Meanwhile, management of the Sunyani Hospital where Priscilla had her surgery will be responding to the allegation made against the doctors of the facility.

Madam Adumaa claims doctors who operated on her late daughter failed to properly stitch the girl's wounds created as a result of the operation leading to the swelling of Priscilla's stomach brought other complications that led to a hole in her intestines and later the death of the once healthy-looking girl on March 10, 2016.