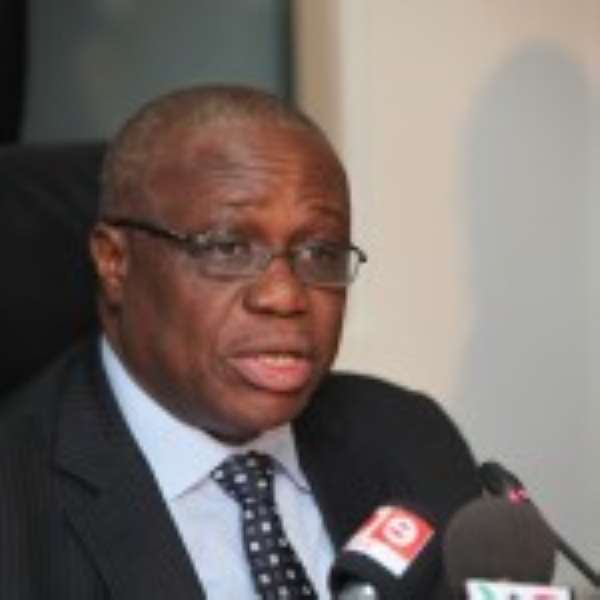 Dr Kofi Wampah – BoG Boss
Governor of the Bank of Ghana, Kofi Wampah, has denied reports that government is planning to devalue the Ghana cedi.

Suspicions the government is planning to devalue the cedi has been influenced by recent pronouncements by the Vice President, Kwesi Amissah-Arthur.

The Vice President had said English speaking members of ECOWAS must devalue their currencies to fast track the implementation of the Eco, the proposed common regional currencies.

The call has also been supported by some players in the financial sector, like the Chief Executive of Dalex financial service, Ken Thompson.

Proponents of the cedi devaluation point to the current depreciation of the local currency to buttress their point.

However, during an interaction with journalists after the Monetary Policy Committee of the Bank of Ghana met to review the health of the economy, the Governor, Kofi Wampah, said the Vice President's comments was taken out of context.

.
According to Mr Wampah, the Vice President was not particularly referring to the cedi.

“I think it was a general comment. Some section of the press and also some people I talked to felt that he was referring directly to the Ghanaian economy. He wasn't. He was talking generally about currencies in the West Africa sub-region,” Wampah explained.

He maintains Ghana is not faced with a decision to devalue its local currency.

“If you look at the CFA Francs for instance it is pegged to the Euro so they [French-speaking ECOWAS members] have no control over it. They cannot depreciate it depending on their market conditions or their competitiveness.

“The Nigerian Naira also has more or less been fixed for quite a while. So you see a very big gap between the central bank rate and the forex bureau market.  But [Ghana's] rate has been floating,” he adds.