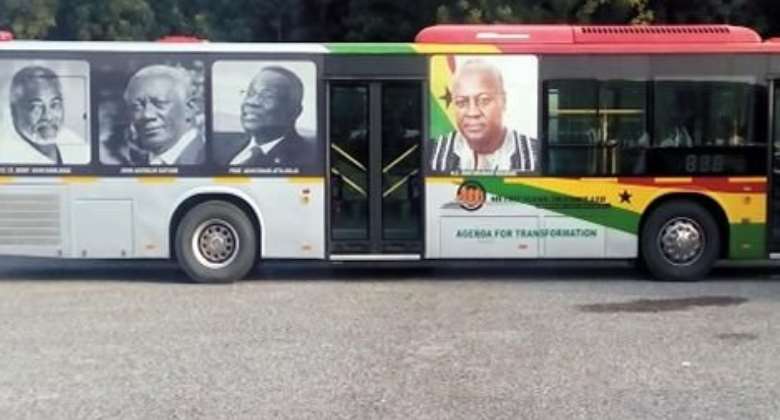 Public Accounts Committee of Parliament is demanding further probe into possible breaches of the country’s procurement laws in the award of a contract to rebrand public buses.

The controversial contract has already cost the job of the transport minister, Dzifa Attivor.

The Attorney General’s investigative report concludes that there was no cost comparison to what was submitted by the firm that won the contract because of the method of procurement used.

The Chief of Staff, Julius Debrah has also ordered the Attorney General to retrieve an amount of 1.9 million Ghana cedis which represents excess payment.

A Member of the Public Accounts Committee, Abena Osei Asare in an interview with Joy News said they are expecting the Auditor General to conduct thorough investigations into the issue and present findings to Parliament.

She said the Committee can only act based on the findings from the Auditor General.

She was however unsure if the Attorney General can take any concrete steps regarding the issue although she is allowed to impose sanctions.

But an expert on procurement, Collins Sarpong told Joy News only a procurement audit can bring out all the facts.

“It calls for a lot of investigation and audit. There is the need to do a proper procurement audit so that you can really place at what table or at what point hat something went wrong then you can tell who did what, as at now it will be difficult to tell. There should be further audit so that we can place where the chip is supposed to lie,” he said.

In his view, if an audit is conducted and it is found that the vendors colluded to inflate the contract or came together so that one of them will win, then they are liable to the law.

“Anybody who tries to influence the procurement process either directly or indirectly is also breaching the law because when you influence it gives an unfair advantage to the other competitors,” he said.

The more we sink into debt and become poorer, the more money...
33 minutes ago