Buhari: Nigeria Got Its Rawlings Revolution 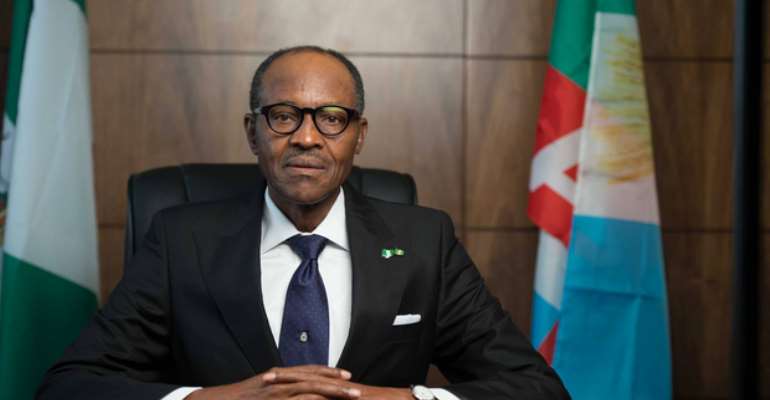 For decades Nigeria has been begging for a Rawlings-type revolution. At last with the swearing in of the Buhari-Osinbajo government on May 29th this year, Nigeria is abuzz, in fervor as the government postures itself in the eagerly and desperately craved-for Rawlings anti-corruption pose.

Ghana, like Nigeria was decaying in the annals of corruption as a failed post colonial state. Western multiparty democracy had not helped the rotting nation and it desperately begged for change. Consequent to the the colonial occupation of Africa, the slave trade and a deliberate divide and conquer corrupting colonial technique, corrupted generations prevailed.

As military or democratic leaders, the challenged and already compromised actors the western colonialists handed power to, could not lead the failing states. The African states were set to fail having been created by sudden and immediately pre-liberation, irrational rearrangements of territories (usually of ethnic groups not yet naturally ready to coexist). These rearrangements, combined with unfair power and resource sharing formulas developed by the colonialists before granting independence was a recipe for failure. Ghana was one such state.

It is generally agreed that Jerry Rawlings’ military take over and his ruthless reform revolution rescued Ghana from this abyss. The revolution, characterized by the unsympathetic prosecution of all Ghanaians who could not account for their source of wealth, drastically turned around the fortunes of Ghana. Rawlings' corruption revolution was so ruthless that piles of money were seen around Ghana, as people dumped their stashes in fear of being prosecuted if unable to account for their monetary possessions. Even market women were seen dumping cash. You knew that once you hesitated explaining where you got your money from, you might soon be looking into the barrel of a gun.

The effect of the Rawlings' purification process is finally fading over three decades. A death of an elected president and the assumption of power by his vice, not particularly the choice of Ghana has been the final straw which seems to have reversed the gains of the revolution and is destroying the success of Ghana. The governor's brother, widely accused of corruption is routinely seen holding traffic as he drives down the streets of Ghana with an array of exotic cars.

For the most of thirty years, Nigeria has been bogged down in unquantifiable and unsurpassed corruption. Over $500 billion dollars has been looted over this period. Billions have been carted out of the nation and lost for ever and more billions have been systematically transferred to Nigeria's Forbes listed super-rich cabal. These internally kept looted billions have been invested in industry, yielding dividend for the cabal and former leaders. Other billions have been used to buy up all available prime land and build property, leading to an increasingly deadly competition for dwindling land and resource.

In the middle of this hopelessness, Nigeria's Sankara, Rawlings, Nkrumah; a man called Muhammadu Buhari who ruled Nigeria from 1983-1985 as one of a few regimes known for integrity, returned to power in a rare and rather miraculous triumph of democracy.

The Buhari-Osinbajo government hit the ground running, almost fanatical to deal a deadly blow to the corruption monster. Nigeria that had never had more than a combined total of five years of responsible leadership (brief, truncated tenures of Murtala, Buhari [first episode] and Yar'Adua), now like Ghana, had been an unfortunate victim of a lucky vice president who became president due to death of the premier. Like Ghana, the vice who became president was not the choice of the people and not necessarily skilled for the job. His almost six-year reign brought an already horrible and intractable corruption crisis to its lowest.. It was at this low point that Buhari/Osinbajo brought hope and promised a radical war against corruption.

The corruption had been so bad, almost no official in previous administrations can claim they were not involved. A fundamental problem the Buhari-Osinbajo government has identified and delayed appointments to first address is that former officials did not even know what corruption was. Administrators embezzled, inflated contracts, cut up stupendous wages, regularly utilizing their family members to help covet; overpaid their selected over plentiful staff, laundered and indulged in all other forms of mismanagement including being directly involved in bunkering oil, with these habits considered lawful and protected by the state security services. Investigations and indictments never merited retribution with indicted officials today still occupying positions as governors and from the top to the bottom of the national assembly.

Today Nigeria is on its toes, the Rawlings revolution is here at last! Buhari is dealing decisively, promising to fight the entrenched corruption to its death at last and a victory for Nigeria. He has promised not to be distracted by the deadly, ruthless agents of corruption fighting back. The word in town is "probe." Corruption is now an offense once again. Slogans like "No Probe No Hope" and "Kill corruption before it kills us" are commonplace. Old regime officials are trembling, recent reports have it that as the ICPC corruption agency pursues government officials who coveted government properties, the officials are returning some and hastily listing others on the market . Money is being thrown out, buried, kept in tanks and farms and all sorts of other queer places.

As Nigerians hold tight to prayers for God to protect their new leaders and give them victory in their war, they are also showing their solidarity with protests, marching against corruption.

After hardship comes ease the Good books say; every murderous tyranny finally falls, Gandhi says; Rawlings' revolution is here at last, there is no going back.