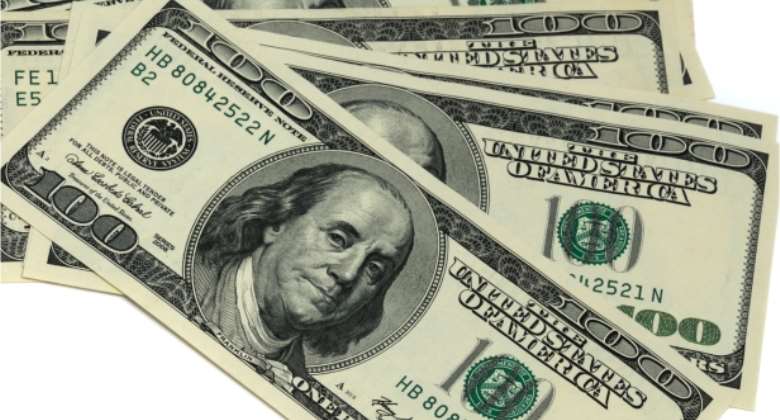 In Ghana the conversation in the Senate and on the media has been direct— Place a moratorium on Government borrowing for one to two years prior to any election. Nigeria is yet to have its conversation despite worse crisis. Nigeria has been borrowing aggressively in recent years. The Jonathan government borrowed 1.1 billion from China in July of 2013 for “Abuja light rail” project and airport repair. This loan was to be repaid in 20 years and came at an interest rate of 2.5%. Rewinding a bit, the Jonathan government launched into action in 2010 with an almost $1 billion loan, a$915 million concessionary loan from the World Bank to be repaid in 40 years after 7 years loan-draw period. At this time, Nigeria's external debt stood at $3.98 billion.

The House of Reps approved a borrowing cap of $7.3 billion for 2013-2015; while Nigeria borrowed $4.4 billion from the World bank with $1.8 billion disbursed and the rest attracting service charges, Business Eye reports. In November this year, Jonathan borrowed another almost $1 Billion from the International Development Association of the World Bank, to “diversify the Nigerian economy.” The $945 million loan repayable in 20 years at an interest rate of 1.5% and service fee of 0.75%. Nigeria has the highest borrow rate in Africa, period. According to Business Eye, Nigeria has become the largest recipient of loans from the International Development Agency (IDA) arm of the World Bank between 2009 and 2012 and currently has the largest outstanding IDA portfolio in Africa, ahead of Kenya and Tanzania.

Additional loans like the $1 Billion to supposedly fight Boko Haram, paint a picture of a nation that lives off of financial indebtedness. We also have dozens of other loans from varying counties, including the $100 million loan from the Indian Import-Export Bank in 2012 for Kaduna, Enugu and Cross River States, which is to be paid back in 10 years at 2% interest rates. He who goes a borrowing goes a sorrowing they say. A unique example out of the African region which defies the need for loan dependent development is that of Kano Governor in North West Nigeria, Rabiu Kwankwaso who steered significant development in his State, one-third the population of Ghana while actually paying off past debts and keeping the State 100% debt free.

Nigeria has become loan dependent under the current administration which cannot account for the nation's oil revenue and has financed all partial infrastructure developments on crippling loans that promise to send the nation into humiliating suffering and slavery to the colonial and Eastern financial institutions for the next 40 years.

Nigeria's external debt increased from $3.9 Billion in 2009 to a staggering $10 Billion where it is now. Our domestic debt has also shot out of proportion. The Government can simply not afford to pay contractors and even its staff. The domestic debt stands at almost $50 Billion as at November 2014. There has been a 22% yearly increase in domestic indebtedness from 2009 to 2014 and this shot up even higher in 2014. BusinessDay says that what is worrying about this worsening profile is that these debts are used for fruitless and “unproductive” ventures.

One has to ask, #WhereIsOurMoney? If all currently touted 'development' is based on loans to Nigeria's detriment. Neighboring English-speaking Ghana's predicament is quite similar. Salaries are delayed till loans come through. In the first half of 2014, the Mahama government borrowed a staggering GH¢6.3 Billion; about $2 Billion dollars to add to a cumulative debt of about $20 Billion. There has been a huge conversation on limiting Government borrowing in the West African nation of 26 million.

Both African nations bear President's who are accidents, so-to-say; victims of the fortune of death to their bosses. Goodluck Jonathan of Nigeria inherited the office when his predecessor, Umaru Musa Yar'Adua passed away in 2010. In like manner, John Dramani Mahama inherited the top job when Atta Mills, a national favorite passed in 2012. The two leaders have failed to win the hearts and respect of the people and would possibly never have occupied the seats had processes gone on naturally, as such personalities would not likely ever have been chosen candidates of any party.

Based on current oil prices, with the barrel price dropping from $111 to below $60/barrel as speculative and futuristic trade New World tools continue to deliberately send the prices plunging to punish Russia and other developing nations, Nigeria and Ghana are not just being crippled, but are going to be dragged on their faces. With corruption and lack of reasonable plans to diversify the economy, save surpluses—which always end up being looted and used to finance the billionaire private jet loving cabal—Nigeria has nothing to save itself with and cannot afford to pay the Jonathan loans based on current oil prices. According to budgiT, Nigeria is expected to have to borrow in 2015 to pay civil servant salaries due to a grossly inadequate Sovereign Wealth Fund, compared to other African nations… yes that is how bad it is looking.

The rebasing of Nigeria's economy in 2014 has put the nation in a more dire state as this was a hallucinatory incentive to seek and be given more loans. The Jonathan administration jumped on the opportunity this created with the reduction of the debt to GDP ratio to single digits opening up access to more loans which Jonathan simply indulged in. And then came the fall in oil prices.

Nigeria devalued its currency to try to adjust to the financial catastrophe. The Ghana cedi under mismanagement faired as the worst currency in Africa this 2014, dropping 26% in value. The country is depending on an IMF bailout to save it from the impending recession courtesy of the drop in oil prices. The nation can simply not balance its budget and as is the routine, it is being governed by colonial powers by proxy due to its loan dependence, who are dictating what it needs to do to President Mahama. The drop in oil prices globally have led to reductions in pump prices by to a $1/gallon in nations across the world; the same should have been the case in Nigeria and Ghana, both refined petroleum product importers, however the Mahama government has kept the price steady because it is taxing the people an extra $0.60+ per gallon at the pump to balance its budgets. There has likewise been no reduction in pump price in Nigeria as the Goodluck Jonathan government is also illegally draining this excess in indirect tax from the citizens to help balance its budget.

The events of January 2012's sudden removal of oil subsidy in Nigeria and Ghana as dictated by the IMF when the President Christine Lagarde visited both and other West African countries December 2011, to impose these conditions on them to assist Europe in its bailout crises, remind us of how African puppet governments typically face similar crises and sabotage their people to the benefit of the colonialists who are eager for currency devaluation, loan dependence and SAP programs developed to support Western economies to the detriment of the developing economies.. The Buhari Government of Nigeria in the 80's was likewise compelled to submit to such conditions but his government rejected to devalue Nigeria's currency and rather embarked on trade-by-barter with more NAM (Non Aligned Movement) nations like Brazil. Likewise these challenges are not new to Ghana. The Rawlings cup of 1979 removed Hila Limann who was embattled by dependence on foreign loans and the colonial push/command to devalue the Ghanaian cedi. Rawlings declared to resist foreign dependency and promoted a policy of self dependence. His firm reforms are regarded in the shaping of what Ghana is today.

Both Ghanaian and Nigerian governments are quietly trying to save face as best they can to sprint passed the upcoming elections before their people realize the colossally disastrous situation they are in subsequent to lack of foresight, chronic corruption and stagnant-regressive economic development.

It is going to be tough in Nigeria and Ghana. If it was tough before, then hold on to your seat belts, because the ride is only just getting bumby.