Join The Crusade: Big Push For Transgender And Hijra Welfare 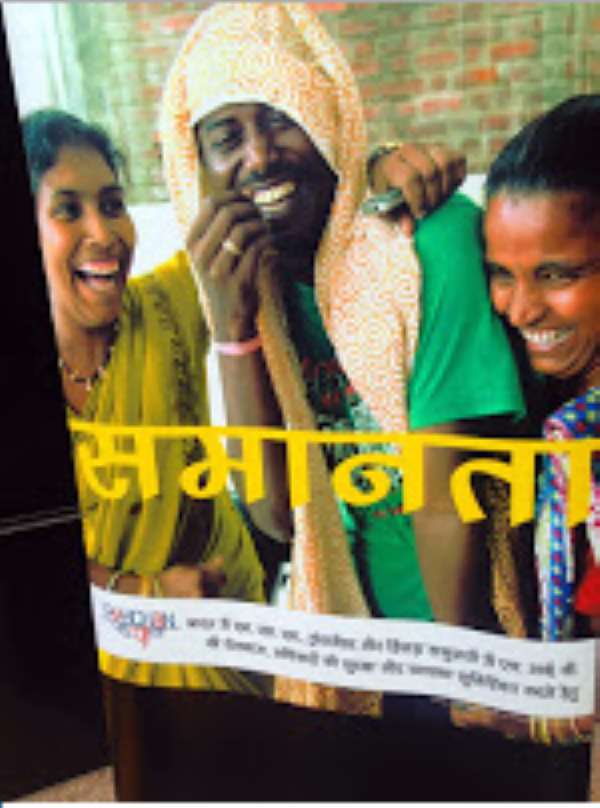 It was indeed a humbling experience for me to be part of the Third National Hijra Habba (festival of transgenders) held recently in the capital city of India. Organised by India HIV/AIDS Alliance’s Pehchan programme, it was the first event of its kind at the national level since the Supreme Court’s landmark judgement in 2014 recognizing transgenders as the ‘third gender’.

Aptly titled "India's Big Push for Transgender and Hijra Welfare: Expanding Access to Health, Education and Employment", this solidarity event brought together policymakers, government representatives, media, healthcare providers, civil society and, above all, more than 350 hijras and transgenders from different parts of the country as equal partners to strategize response through community ownership and push for their rights for full access to health, education and employment opportunities.

James Robertson, Executive Director, India HIV/AIDS Alliance, called it a mountain of a movement which nobody could stop. Sharing some of his thoughts with Citizen News Service (CNS) on this momentous occasion, he said: “I have tremendous respect for the community members who are here, and I am very proud to see a strong community empowerment which is much more visible here today than it was there 3 years ago at the 1st Hijra Habba”.

“The Supreme Court judgement of 2014 has indeed been a game changer in terms of the way it has allowed transgenders to perceive themselves as individuals, to stand up confidently with their own identity, and to demand their rights and access to services, which was not there before. Today they have a clear agenda for the services they need --having access to education (instead of being thrown out of schools); not being discriminated against while applying for jobs; and being able to avail of general as well as transgender-specific health services”.

James did not discount the challenges which the transgenders still face in day to day life. He agreed that societal attitudes do not change simply by changing the law. Unless social attitudes towards transgenders change they will not get the respect they deserve. But with the Apex court on their side, what is now important for the hijra community is to focus on achieving their goals. They need to continue to push for action at the ground level and become more refined in what they are asking for.

A visibly emotional Abhina Aher, Programme Manager of Pehchan Project, asserted that Pehchan is not merely a programme, it is a vision that is helping transgenders find their pehchan (identity). While talking to Citizen News Service (CNS), she gave a snapshot of the arduous journey of their quest for gender justice: “We have traversed a long path during the three years between the 1st Hijra Habba held in 2012 and now this one in 2015. We started with talking about our identity and now we are talking about our rights. The 1st Hijra Habba had just 30 community participants, but we have more than 350 today and we have also managed to bring the Social Welfare Minister to be amidst us. Pehchan has given a face to the community and created a partnership with the government— this is no mean achievement. We have come a long way”.

“When the Pehchan project came, I decided to work for it not only because I wanted to make a difference to my community, but also because I wanted to prove to the world that a transgender can manage and run this huge and challenging programme. At that time, we were still struggling with our identities. People did not know who transgenders or hijras were. In fact they were kept under the umbrella of MSMs (men who have sex with men). Their health interventions were not transgender-specific but designed from the MSM perspective, and even those were not reaching them”.

“Today one can see a sea change in their attitude. They are no longer shy of their identity. 60% of the participants here are youth. These are our new leaders of tomorrow. Three years ago I knew only a few leaders from the community. Today I know 300 of them. Stakeholders are now seeing transgenders with respect. And the credit goes to the CBOs (community based organizations) that have worked around transgender issues. Pehchan project alone has created around 14 CBOs around the country, that have reached to more than 50000 transgender population and have built their capacity through leadership training programmes for them. Those who were begging on streets and selling their bodies are now writing proposals and sitting on Community Advisory Boards across the table with stakeholders. Is this not a big achievement?”, she said.

Talking about challenges Abhina felt that getting sustained employment is the biggest challenge for transgenders. With funding for HIV programmes (about the only current employment opportunity transgenders have) drying up, the job scenario is grim. While Abhina appreciated that educational bodies are formulating conducive gender sensitive policies to ensure that transgenders are able to complete their education, she felt that what is needed more than formal education is to equip them with skills that will make them employable. Education cannot be had on empty bellies.

Another big challenge she spoke about was the trans-kids. Generally their engagement with their families are very poor and none of the child helplines are equipped to guide them. Sometimes due to peer pressure they get castrated at a very early age when they are not mentally ready for it. Also government hospitals are neither transgender friendly nor equipped to do sex reassignment surgeries. So transgenders have to rely on the super expensive private healthcare facilities.

Abhina pleaded for more investment for the betterment of the transgender community, and for giving them leadership skills and employment.

Veteran transgender activist from Bangalore, Akkai Padmashali felt that there are two dimensions to the Supreme Court judgement which not only recognizes transgenders as the third gender but also reaffirms their constitutionally guaranteed rights: “At the community level we have to create a lot more awareness about the judgement which extensively recognizes our identity—whether one has been castrated or not, whether one is a biologically born male but psychologically a female, or vice versa - the court recognizes them all as the third gender. But the community lacks understanding of the finer nuances of this diversity of identities, especially in case of trans-men. So we have to bring this whole agenda in front of the community. Secondly, at the societal level we have to deal with public apathy as we are still living in a phobic society. Transgenders still face rejections in public life—be it in schools, workplaces or health facilities”.

Akkai wanted the community leaders to use the platform of Hijra Habba to take forward the Supreme Court judgement so that state governments understand the issue and form Transgender Welfare Boards to develop policies that are in their favour. This is a great responsibility of all community leaders.

The Supreme Court already sounded the bugle of change in April 2014 by recognizing transgenders as the ‘third gender’, and by directing central and state governments to treat them as socially and educationally backward classes and take care of their education, employment and health needs at par with those of other marginalized communities, granting them reservations for admission in educational institutions and for public appointments. The Rajya Sabha has seconded this noble gesture by passing a private member’s Bill in April 2015 that guarantees reservation to transgenders in education and jobs; financial aid and social inclusion. The government has also assured that it would bring an updated Bill in the Lok Sabha, and enact it as a law.