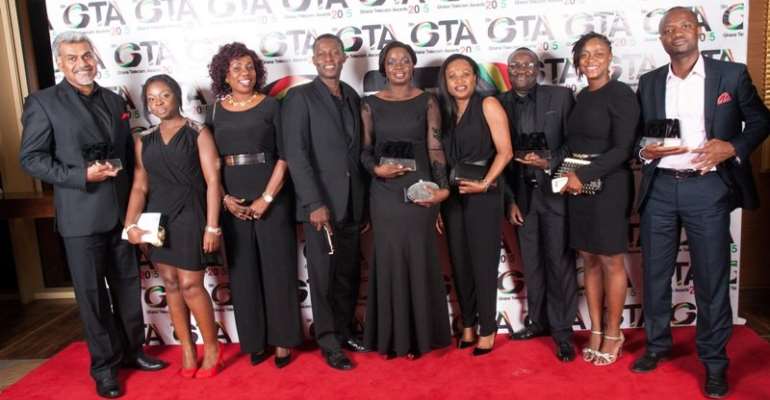 Accra, May 28, GNA - Airtel, one of Ghana's telecommunications network has received four awards at this year's Ghana Telecom Awards.

The award which marks the fifth year running that the company has won at these awards is an increase over last year's tally of three awards.

A statement issued in Accra by Mr Donald Gwira, Head, Corporate Communications and External Affairs and copied to the Ghana News Agency said Airtel Ghana, swept awards in the following categories -Telecom Brand of the Year; Marketing Campaign of the Year - Talk Chaw; Innovative Enterprise Product of the Year - One Network and Special Recognition to the Telecom Industry Award - Lucy Quist.

Receiving the awards on behalf of Airtel Ghana, Mrs Lucy Quist, Managing Director of Airtel Ghana said: 'The awards are a validation of their relentless strive for world-class products and services in order to give our customers the very best of telecommunication experience. It's been an overwhelming night, we know we deserve all that we have received but we are, at the same time, humbled by the honour done us. '

She added that 'we dedicate these awards to our loyal customers, we are truly grateful to them for choosing Airtel'.

It noted that the first award, Telecom Brand of the Year recognised the Airtel brand's growing appeal country wide and its ability to bond with its customers.

It said a recent survey placed Airtel brand as having the highest customer bonding scores across all Telco's testimony to the growing popularity of the brand among users.

Marketing Campaign of the Year went to Airtel's 'Talk Chaw' campaign for the captivating and hilarious way the campaign carried out the message of the Talk Chaw product. The campaign also stood out for making the Talk Chaw a popular product on the market after a very short time of being released, it added.

Airtel Business was recognised for winning the Innovative Enterprise Product of the Year - One Network for introducing a mobile product driven by Airtel's One Network service that allows users to receive the first 100 minutes of incoming calls for free while roaming in 17 African countries and Asia and making roaming calls at local rates.

Mrs Quist Managing Director of Airtel Ghana won the Special Recognition to the Telecom Industry Award for her mercurial rise to become the first Ghanaian woman to lead a multinational Telecoms company and for leading transformational change that is shaping industry thinking.

The Ghana Telecom Awards was designed to celebrate the continued growth and success of the ICT market place and focus on the exceptional and innovative performers within the industry.