High Oil Price Not A Problem For Economy - BoG 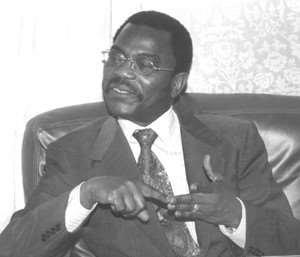 The Governor of the Bank of Ghana (BoG), Dr Paul Acquah, says growing export earnings, foreign exchange inflows such as remittances and the country's payment position, will cushion the economy against increasing oil prices on the world market.

World oil prices have over the last couple of months reached a record high of more than $45 per barrel, a situation which threatens the economies of Third World oil importing countries such as Ghana.Speaking at a press conference at the end of a two-day Monetary Policy Committee (MPC) meeting in Accra at the weekend, Dr Acquah, who is also the Chairman of the MPC, noted “the publicly announced commitment to continue fiscal discipline and firm implementation of the fiscal monetary framework underpinning the 2004 budget is fundamental to the country's economic stability”.

He said the MPC at the end of its deliberation decided to keep the prime rate of the Bank of Ghana at 18.5 per cent.The prime rate is the rate at which the BoG lends overnight funds to commercial banks. Giving the performance of the economy for the first half of the year,Dr Acquah said available data indicated that economic activity continued to pick up and that domestic demand was “robust, driven by strong external sector performance”.

“The Bank of Ghana survey of business confidence also indicates that business outfits continue to maintain a positive view of the economic outlook and expectations are consistent with business plans and forecasts”.Annual domestic bank credit to the private sector and public enterprises at the end of June this year stood at 50 per cent as compared to 9.6 per cent in June last year, the Governor said.

He noted that about 68 per cent of the credit went to the private sector, with the manufacturing sector accounting for 15.5 per cent, commerce and finance 12.8 per cent, services 8.8 per cent, cocoa marketing 6.9 per cent, the sector while forestry and logging accounted for 5.5 per cent.On the financial sector, he said it maintained a relatively strong position,with the banking sector well capitalised, liquid and profitable and showing resilience to declining interest rates.

Private inward remittance channelled through the banks and finance companies amounted to ¢1.3 billion for the first half of this year.

Operations Of Rent Control Department To Be Digitized, Rent ...
44 minutes ago