Rawlings: The World Must Not Abandon Chibok Girls 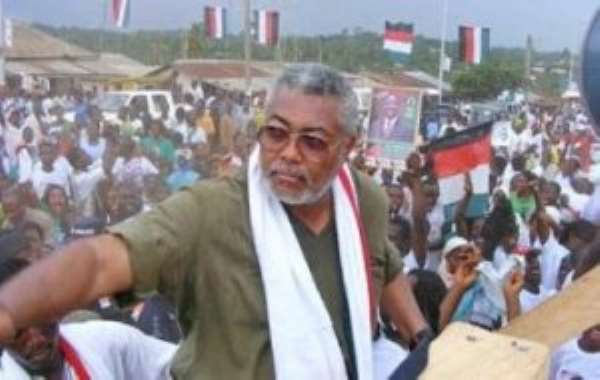 Ghana's former President, Flt Lt Jerry John Rawlings, has on the first anniversary of the abduction of over 200 girls by Boko Haram, expressed the hope that the girls are safe and alive, cautioning that adverse action against the girls could lead to the perpetrators paying a heavy price.

The formerPresident said in a statement, that everything humanly possible should be done to ensure their return but also cautioned that 'if the girls are not found alive the culprits will end up being hunted down and will pay an equally high price. The world will not and must not abandon these girls.'

President Rawlings said, 'there is no doubt that most of the girls would have been given away into servitude, slavery or marriage but let us hope that all such people who may have received anyone of these captured girls is keeping her safe and alive with her dignity intact.

'Let us hope the custodians will not put themselves in the position of being hunted down for any ill treatment of these girls. If they have had to accept them out of the fear of Boko Haram elements, their treatment of the girls should be humane.'

The girls,popularly referred to as the Chibok girls because they belonged to the Government Girls Secondary School of Chibok in Borno state, Nigeria were abducted on April 14 last year.

President Rawlings in a statement soon after their abduction issued a plea 'in the name of Allah' for the return of the girls to their families.