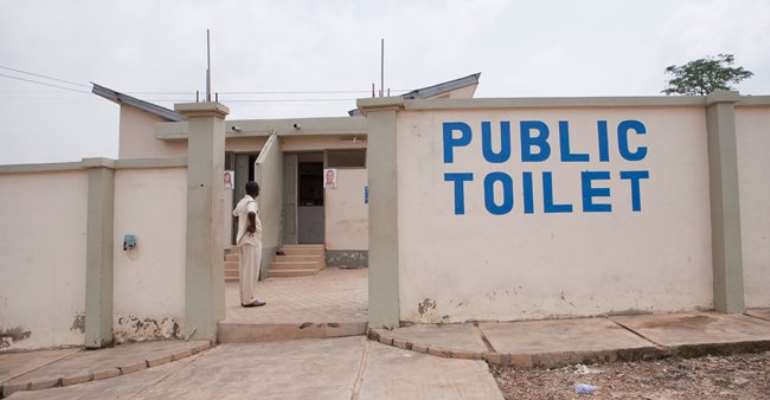 The World Bank, acting as administrator of the Global Partnership on Output-Based Aid (GPOBA) has signed a US$4.85 million grant agreement with the Government of Ghana to provide sustainable toilet facilities in low income areas of Greater Accra Metropolitan Area (GAMA), Ghana's largest metropolitan region.

Funding for the project is provided by the United Kingdom Department of International Development (DFID).

Country Director for Ghana for the World Bank Group, Yusupha B. Crookes said the initiative is an innovative, result-based approach that will help reduce barriers to access for the poor.

We look forward to supporting the Government of Ghana in its effort to improve sanitation in the low-income areas, he added.

The subsidy to service providers will be disbursed based on two main outputs; toilets that have been properly installed and operational for at least three months, and adequate facility de-sludging services being provided to ensure sustainability.

Manager of GPOBA, Carmen Nonay, stressed the need for the provision of toilets for improved sanitation. It is equally important to ensure sustainable operations, she noted.

About 50 percent of households in the Accra metropolitan region live in single rooms of compound houses that often lack basic sanitation facilities.

As a result, most urban poor have to rely on pay-for-use public toilets or open defecation.

Ghana ranks close to the bottom of the list in terms of improved sanitation in sub-Saharan Africa and, in a survey of Accra residents; improving sanitation was the top priority out of seven basic services.

The project is complementing a US$150 million IDA grant from the World Bank Group to support the Government of Ghana in its efforts to provide low-income households with increased access to improved sanitation and water supply in the GAMA.

Increasing access for the poor requires the construction and connection of toilet facilities to serve households in low-income areas.

To help the poor afford the cost of the sanitation facilities, the GPOBA grant pilots an output-based approach that provides targeted partial subsidies to encourage households to construct facilities and service providers to serve low-income neighborhoods.