THE AMA AND HER BY-LAWS 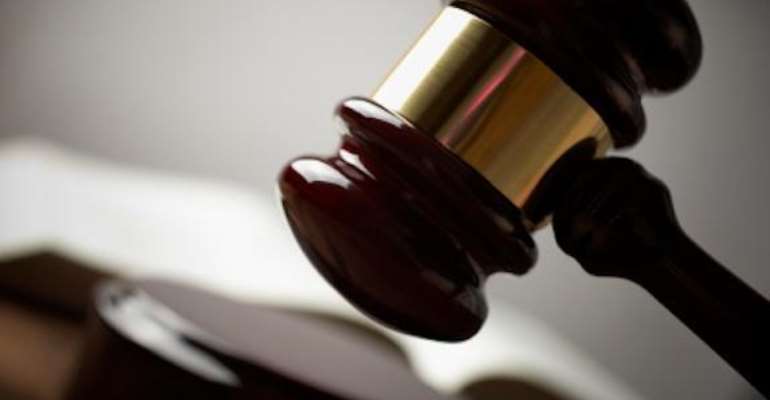 The Accra Metropolitan Assembly (AMA) is the institution of government designed to serve the inhabitants of Accra. It is the local official authority tasked with the responsibility of cushioning up the burden of governance at the grassroots from the Central government. The institution encourages local people, by the power confer on it by the 1992 Republic of Ghana Constitution, to work with the authority. It allows the local people to employ and taylor the workings of the local authority according to their needs.

So the core aim of the AMA is the same as any local government in Ghana and the world at large. Like the London Metropolitan Assembly with a very large land area and population within its jurisdiction, the AMA is sub divided into semi autonomous patches known as the sub metros, to allow for further localisation and effective local governance.

The East Ayawaso Sub Metro, Nima happened to be the jurisdiction under which I fall. The local authority is with a lot of challenges and I fully understand why, having been an experienced local authority employee and knowing how the institution works.

My first question was, what are the laws by which my local authority operates, as the anomalies I noticed to characterise my local authority are characteristics of institutions without these laws. I then took it upon myself to visit the office of East Ayawaso metro around Thirty Seven area to find out what the my Local a Government Bye-Laws are.

My first task was to find out if the East Ayawaso sub metro has got its By-Laws in place in accordance with Section 79 of the Local Government Act 1993 (Act 462). I was shock to learn that the staffs of the local government I met appear to have no clue on what Bye-Laws of the Government means. The individuals then had to refer me to their superiors, who was not at his duty post as at 08.40 when he is suppose to resume at 08.30. In fact, no member of Administration section was in to attend to the business of the day. This and other experiences gave me the worst impression of the authority.

In getting to the bottom of knowing whether my local authority has bylaw or not, I decided to visit the Accra Metropolitan Assembly, High Street, Accra.

My experience at the Accra Metropolitan Assembly was very interesting. Yes, I noticed the Mission Statement of the authority proudly display at the main entrance of the office.

The dream statement reads "To improve the quality of life of the people of Accra especially the poor, vulnerable and excluded by providing and maintaining basic services and facilities in the area of education, health, sanitation and other social amenities, in the context of discipline, a sense of urgency and a commitment to excellence".

Just beside the Authority's Mission Statement is a bold instruction under the caption PUBLIC NOTICE, which I believe to be the AMA Bye Laws. It is an eight point itemised instructions to those in the jurisdiction of the authority.

The contents of the Bye- Laws left me dumbfounded but the item number eight give me a strange impression of what law meant to the AMA. The item in question reads "A person who contravenes any of these By-Laws commits an offence and is liable on summery conviction to a fine not exceeding ten penalty unites or in default to a term of imprisonment not exceeding three months or both, or be commuted to perform a communal labour for a period of one month with hard labour under the supervision of the Metropolitan guard".

The irony is, 98% of the population of the AMA are incapable of reading or writing in the language in which this Bye-Laws are written or aware of the existence of the local authority's laws and I doubt whether this has been communicated to the people in the language they understand. Over 80% of the AMA staff and contractors, have no clue of such laws, explaining why they are the first to break such laws.

Laws are made to serve a purpose of bettering the life of every resident of AMA. Conforming to law save life and improvement in the condition of the people. Disregarding the law leads to lost of lives and worsening life condition. Laws are instruction to every individual and institution existing within the jurisdiction of the law. Everyone and every institution with the AMA is bounded by this Bye-Laws, which includes the AMA, as a body and its employees as individuals.

The above strangely turn out to have the AMA as the number one breaker of its own laws. The Bye-Law number 1, for example States "The prohibition of sale, offer for sale or purchase of merchandise to a driver in charge of a vehicle or a passenger while in traffic" is a laws breached by the AMA itself.

If an authority makes a law, it is mandatory on the maker of the law to ensure such laws are enforced. If the employees of authority come across the activities resulting in violation of the laws and fail to inform those responsible to act, then the authority is breaking its own laws.

A very good example of this is having the AMA and its ZOOM Lion contractors placing waste disposable skips on the road. There are three large skips in front of the Dunia Cenema and another three on the street at Mamobi, near the Accra Girls Secondary School, on the Nima Highway.

The examples set by the AMA by placing its waste skips on the road serves as the reason for the locals to place all sorts of items on the road. Hawkers have invaded not just the pavements by the main road itself. In fact the Nima Highway is no more a road but a notorious lawless market location.

The failure of the AMA Bye-Laws has taken away the motorists and pedestrians right that the law aim at achieving and thrust it at the obiquitipus street traders of all sorts. The illegal street traders do not only have themselves and their wears invading the street but also have all sorts of delivery trucks stationed on the road.

The AMA staffs and other individuals of unidentifiable nature, are seen moving from one illegal hawker collecting revenues that never reaches the coffers of the authority.

The East Ayawaso Submetro of the AMA is sick, the community is sick and the worse are the poor traders sitting in their filthy locations and the pedestrian forced to walk on the road. The invaded pavements, are forced on to the road waiting for vehicles to run into them, which is a daily experience.

‘Mahama Is Visionary, A Leader You Can Trust’ – Naana Jane
2 minutes ago