My Dear Nigerians, Ebola is Here, Do Not Trivialize This 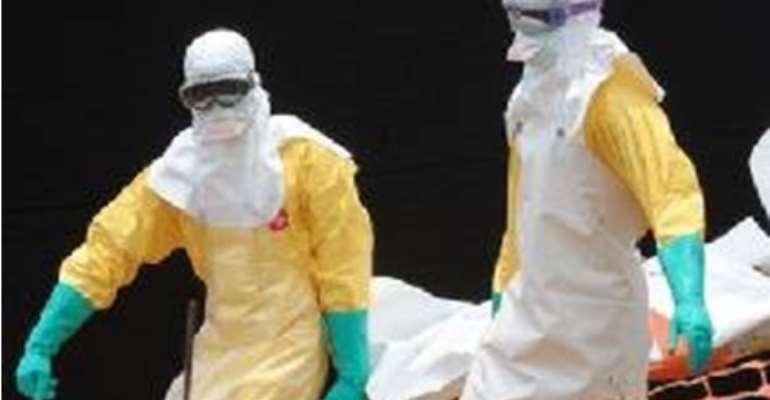 There is a tendency in this country called Nigeria for us to trivialize everything. When a serious issue comes up and gets widespread attention, instead of attaching the importance that it demands to it, we look for a way to turn it into a joke and somehow allow it blow past. Perhaps it is just a means of survival which over the years we have come to ingrain owing to severe abuse by our leaders.

Perhaps it is just something one can call the 'Nigerian spirit'. Whatever it is, it has always served as a way of mitigating the pains that have become a part of our everyday existence in a country that promises so much but delivers so little.

For instance, when the Farouk and Otedola bribery issue happened, it did not take all of one week for Nigerians to discard the issue as nothing of importance. Without so much as standing firm and demanding that Farouk be brought to justice, we moved on and trivialized the issue to mere jokes. Jokes such as ' I go Otedola you' came out and before long, we swept that under the carpet and blissfully moved on to other things.

The same could be said of the #OccupyNigeria issue.#OccupyNigeria became to the vast majority of Nigerians, a party avenue and a means to link up with 'big boys'. Fortunately for us, the pump price of petroleum products was reduced and even in that playfulness, we got something a bit positive.

The abduction of the Chibok girls with the attendant 'Bring Back Our Girls' campaign, serious as the issue is, was also trivialized by Nigerians. Several jokes came up about it, and so many false information too. It is the country we live in, and it is probably who we are. We prefer to turn our tragedies into jokes, that way, we can at least pretend to be happy.

But something more serious is on ground now. It is the outbreak of the ebola virus in Nigeria. The facts on ground prove that for now, there is no known cure for the ebola virus. To serious minded people, this is a very serious issue, a near epidemic with serious consequences. But this is Nigeria, where everything is trivialized. Worse still, this is Nigeria where everything is seen as an opportunity to be exploited.

As serious as the ebola outbreak is, some pastors have seen it as an opportunity to grow their membership strength and make money by making claims of their ability to cure the disease. In as much as one does not want to question the healing powers of God, one at least expects some level of decency from these religious braggarts who go as far as calling for crusades tagged 'Ebola must die' and all sorts of other nonsenses. That their actions will lure a gullible society into being careless and further see to the spread of the disease do not in any way concern them. They feed the people with false hope and endanger lives.

If you think that the pastors' actions are bad, wait until you hear about the trending perception that to prevent the spread of the ebola virus, Nigerians should take their bath with hot water and salt, and also drink water with salt. Suddenly, this information is everywhere in Nigeria and people who should know better are busy broadcasting it. And in truth, many are busy practising it.

Then comes the last part of it; the trivialization! The outbreak of the ebola virus has become a joke! We have suddenly began to create jokes about it, laugh it off and soon, the issue will be swept under the carpet as other issues. Trivialization is usually the denouement for us.

But ebola is not one of our numerous political and economic problems. Ebola is not about terrorism. Ebola is here, and if we do not face this epidemic squarely with all we have, ebola will engulf us, and kill all of us. This is no joke. This is not an issue that should follow the same path as other issues we have faced in this country. This is an issue that demands extreme sensitization. Ebola demands that we for now hold our religious beliefs in our own hearts and reach out to people with solid scientific facts.

My dear Nigerians, ebola is here, please do not let this one be scripted in the manner of every Nigeria story because this one may not end in the same manner.