Why The Chibok Girls May Never Return To Us 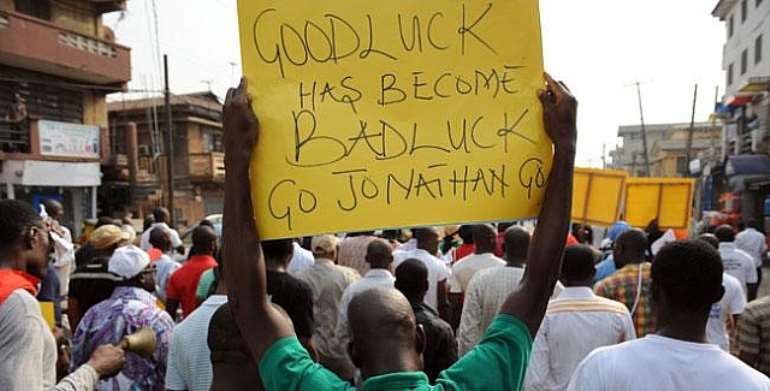 To properly grasp how horrendous this is, imagine yourself in a house that armed robbers descended on. Think of your state of mind when perhaps one of the robbers, drunk and careless says; "let's waste these guys", while their leader probably tries to stop him from doing so. You will spend that short period, praying to whatever god you serve that the deranged robber does not on impulse just decide to shoot you. That short period will be one of the most horrendous in your life and you would pray fervently that the robbers finish and go.

And in this case, we are talking about just a few hours or perhaps minutes. Translate this to the situation of the Chibok girls and you begin to perhaps have a faint idea of their situation. Call me a coward if you want, but I know I would not survive forty eight hours. Yet our girls have been abandoned to go through this hell for over a hundred days. Abandoned, because I am sure that nothing concrete is being done to bring them back home.

Indeed, several people in Nigeria still believe that the abduction is not real. Such die hard Jonathanians, bigoted as they are, still see the Chibok girls' abduction as a political maneuver by the opposition and thus consider it a drama. Ask them why the presidency claims it is "making efforts" to see to the rescue of the girls, and they tell you that Goodluck Jonathan is merely playing his part in the drama.

Okay, so the presidency is only acting out its part in a well scripted drama? This is what scares me. That some people would go as far as believing that General Buhari staged the bomb blast that nearly claimed his life underlines how much certain people believe that all this is a political move by the opposition. And as long as that is the mindset of those that matter, we are doomed to a long night of horror.

Let us seriously consider for a while that the presidency really believes that the abduction was staged and in other to please foreign observers, decided to act its part. Wouldn't that perhaps explain why for over one hundred days, nothing concrete has been done to effect the return of the girls? I mean, the Department of State Security has told us that they know the location of the girls and are "working on" a way to safely recover them. Really?

For how long will they "work on" the plan to rescue them? Probably until a time when the camp will be empty of the terrorists so they can walk in? In fact, what exactly does it mean to "work on" it? Seriously, how long will it take for a plan to be devised to rescue the girls since "they know where the girls are being held"? Would they have to send somebody abroad on a course on "How Best To Rescue Kidnapped Girls"? Wouldn't that probably take like a year or more for the person sent on the course to become a "specialist"?

In truth, in Nigeria, "working on it" is just rhetoric designed to deceive while nothing is done. For instance, ask a serving governor why a certain road has not been attended to, and the answer will be; "my government is working on it". Eight years later, the road will still be the same, but, they are "working on it".

So when the presidency tells us that they are working on getting the girls back, I become very scared. If for some reason, the presidency still believes that the abduction was staged and thus consider it a drama in which it is only playing its part, then that would explain why they are "working on" rescuing the girls. If that is the case, then I am scared that the girls may never come back. If that is the case, we must come to accept that the fate of the Chibok girls lie in their own hands, and perhaps in the hands of God.

But if the presidency truly believes that the abduction is real, and the Department of State Security truly knows the location of the girls, then please, one week is enough to devise a plan and rescue the girls. We are tired of you guys perpetually "working on it"; what we want is concrete action. Only concrete action can bring the girls back and if the presidency seriously wants to rescue the girls, it would have taken concrete action, and the girls would be home by now. Cuddling up to Malala, and hiring Levick will not solve the problem; definitive action will. But if the presidency and the security agencies continue to "work on" bringing back the girls, then at the risk of being called a prophet of doom, the Chibok girls may never come back to us except of course a miracle happens and the terrorists decide to release them of their own accord.

Livin' my life a legend immortalized in pictures!...Fast cars and jewels...