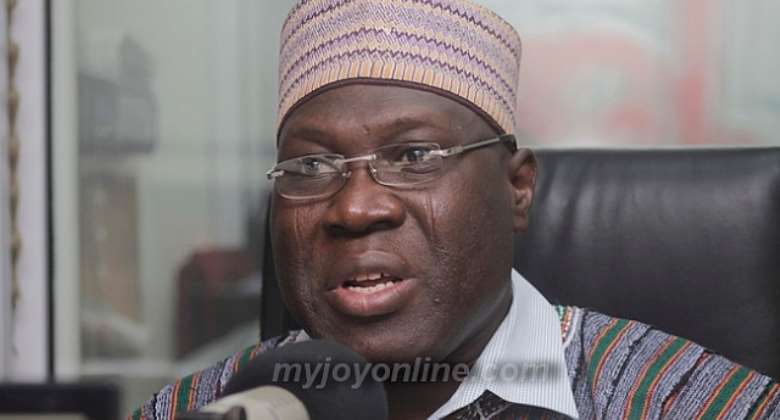 Ghanaian officials and their Ivorian counterparts are scheduled to meet on February 17 to start negotiations on delimiting the maritime borders of the two countries.

The area in dispute is the oil and gas-rich maritime region off the west coast of Ghana and to the east of the Ivorian border.

Both countries are claiming ownership of the territory, which energy experts say holds an estimated two billion barrels of oil reserves and 1.2 trillion cubic feet of natural gas.

Alhaji Inusah Fuseini, the Minister for Lands and Natural Resources, said the two parties be in Ivory Coast to start will start negotiations aimed at engaging them on how to solving the prolonged dispute delimit our maritime borders, next month.

"On February 17,2014, we will be Ivory Coast to start engaging them on how to delimit our maritime borders. We have been working on documents as this matter has to be decided or negotiated based on international best practices, or conventions and practices that prevail in the West African sub-region.

The area in dispute had never been in contention until 2010, when Ivory Coast petitioned the United Nations to complete the demarcation of the Ivorian maritime boundary with Ghana.

Ghana has since passed the Ghana Boundary Commission Bill that established a commission with the purpose of undertaking negotiations in order to determine the country's land maritime boundaries.

“Here in Ghana,, we have also . been meeting as the technical committee to look at our chances; we have done the " simulations and we still think that our claim to that area is ] well founded. Since 1977 Ivory Coast has respected *he I: maritime boundary, the j. customary line between Ghana and the Ivory Coast,” Mr. Fuseini said.

. Energy Expert Dr. Charles,  Wereko-Brobbey has warned that the speedy resolution of the a matter is crucial in order not to  deter future investments in the country's oil sector.

“As this thing draws out, it's going to affect the development of. out own oil business because potential investors fear risk, and so long^ as the boundary issue is riot resolved nobody is going to invest more money into exploration.

"The long it draws out the more negative the effect it will have on us in terms of new investors coming into the sector".

Dr. Wereko-Brobbey said: “enlightened self-interest” is one of the ways in which the negotiations can be undertaken for the mutual benefit of the two countries.

“This means that at the end of the day we are fighting Ivory Coast for the right of a third party investor. But on the land side of the territory in dispute, there are Fantes and Nzemas. We need to think outside the box.

“It is in the interest of Ghana and Ivory Coast to maximise, all the returns they can get so that they can' raise revenue to look after their people.

"What about looking at it from the point of view of the self-enlightened interest of Ghana  and Ivory Coast, and saying that we will manage this together, and we will invite investors and divide up the spoils".