Govt to issue Eurobond next year for infrastructure 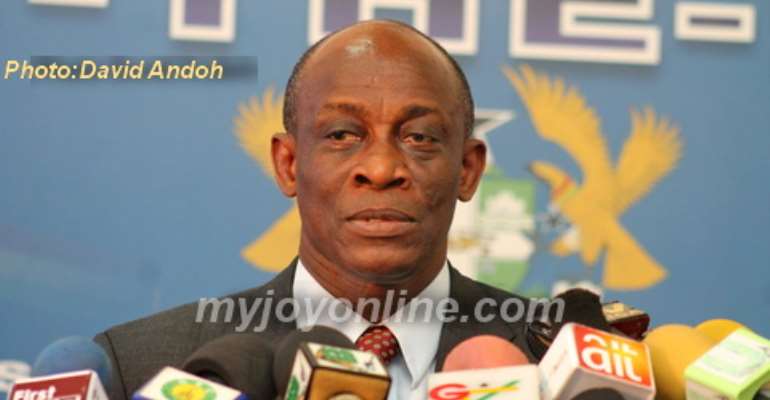 The government is to issue a Eurobond next year to raise US$1 billion to accelerate infrastructural projects, continue the redemption of Ghana's 2017 bond and refinance the maturing domestic debts.

It will also have the option of expanding the bond to US$1.5 billion in the event of favourable market conditions.

However, the Minority in Parliament has expressed its opposition to the bond, and described it as “an unwarranted nicodemus way of granting a blank cheque to the government.”

Parliament last Tuesday approved  the 2014 Eurobond programme which was presented to the House last Monday, December 16, 2013.

Another component of the bond is a further US$1 billion under a two-year master registration that can be tapped for specific projects as and when specific self-financing projects are ready for execution and subject to parliamentary approval of the relevant project documents.

The Minister of Finance, Mr Seth Terkper, explained to the Finance Committee that the US$1 billion ceiling for the 2013 Eurobond turned out to be inflexible.

He said giving the size of the oversubscription, Ghana could have expanded the exchange offer to about US$ 300 million to enable it to roll over a large amount of the Ghana 2017 bond, while the country could have refinanced more domestic debts at competitive rates.

The minister, therefore, requested Parliament to attach an option for the approval that allowed the government to exceed the prescribed ceiling by $500 million in the event of an oversubscription, with a report being submitted to the House afterwards to justify the excess.

The ministry intends to apply part of the proceeds from the issue to finance capital projects in the 2014 Budget Statement, while part would also be used to refinance existing maturing short-term debt instruments and also to swap existing debts to reduce the cost of debt servicing.

Capital funding for projects already approved would attract US$150 million, capital expenditure in the 2014 Budget Statement, with priority given to self-financing projects - US$450 million, refinancing of maturing domestic debts to reduce cost of borrowing - US$150 million- and partial and gradual redemption of the Ghana 2017 Eurobond - $250 million.

Medium Term Note programme (MTN)
In addition to the proposed issue of the US$1.5 billion for the general budget purposes, the government intends to issue specific Eurobond to finance specific projects.

These issues will be offered under the MTN programme which is designed to enable issuers to offer debt securities on a regular and/or continuous basis.

Ghana, under the MTN programme, could tap the market as and when needed and across the maturity spectrum which would make it possible for the country to file a master set of documents for the duration of the programme.

The government intends to use the MTN for only self-financing projects, including inland ports; Tema and Takoradi ports expansion; urban railway (Accra and Takoradi); airport city development (Tamale and Prampram); and energy sector infrastructure.

Arguments on the floor of Parliament
There was an intense debate on when the report of the Finance Committee was placed before the House as the Minority insisted that it was not proper for the government “to borrow to pay debts”.

The Minority Leader, Mr Osei Kyei-Mensah-Bonsu, urged Parliament to resist the temptation of leading the country into further debt abyss.