By Office Of Kwabena Agyepong 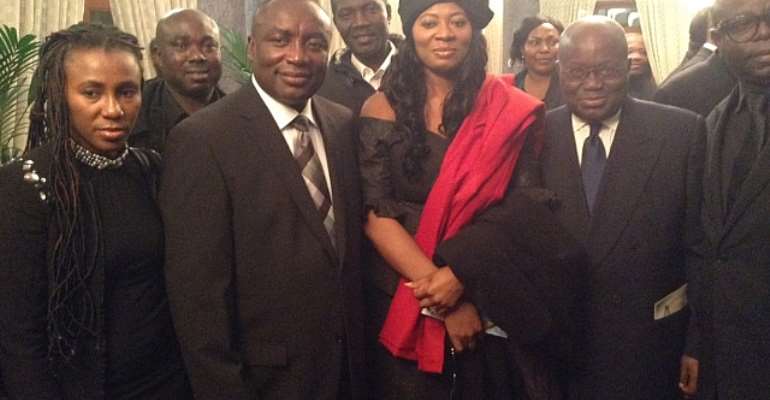 The 2012 Presidential candidate of the New Patriotic Party, Nana Addo Dankwa Akufo Addo and some leading members of the party joined the family of the late Mrs Margeret Agyepong, mother of Kwabena Agyei Agyepong, in a memorial service in London on Thursday, 21 November 2013.

The Service was well attended by Executives and members of NPP UK branch and a cross section of the Ghanaian community in UK. Notable amongst them were Mr. Atta Krufi, chairman of the UK branch of the NPP, Richard Diedong Dombo, Nii Adjiri Blankson, former Mayor of Accra and members of the Young Executive Forum (YEF) UK chapter.