Increase earnings of cocoa farmers to cushion them —Akrofuom MP 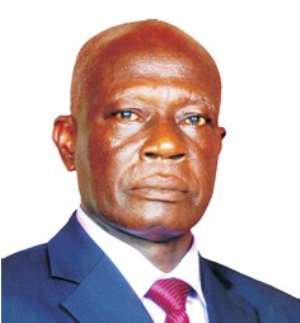 The Member of Parliament (MP) for Akrofuom Constituency in the Adansi South District of Ashanti, Mr Kwabena Appiah-Pinkrah, has said it is imperative to increase the earnings of cocoa farmers to cushion them from the unbearable general price increases in the country.

He said that cocoa farmers were bedeviled with increasing cost of living just as any other worker, and it was important to increase their earnings to cushion them from the unbearable general price increases in the country.

He stressed that, farmers had serious responsibilities towards their children and families and, therefore, required the same motivation and incentives as all other workers to ensure efficient and sustainable production of their products.

In an interview, he said that the government was in the right direction to maintain the producer price of cocoa.

He, however, said he was expecting the price to be increased notwithstanding the slow fall on the international price of cocoa during the course of the year.

Speaking to the Daily Graphic in Kumasi at the weekend, Mr Appiah- Pinkrah said motivation and incentives could include reduction of prices of inputs such as spraying machines, machetes, chemicals, and fertilisers required by cocoa farmers.

He said it was also important that the manpower requirements of the cocoa sector be increased while efforts were made to improve the utilisation possibility of extension officers.

Mr  Appiah-Pinkrah said it was important to inform the government that the sustenance of the cocoa industry should be more important now than the price conditions because, according to him, the production levels was not increasing which must be a concern to all.

He reiterated that it would be important for the government to maintain and sustain programmes that could help ensure the growth and development of the cocoa industry so that farmers would not lose their earnings as a result of low production and that the nation would also not lose external inflows from cocoa exports.

He stressed that, "the cocoa which is the breadwinner of the nation is losing its capacity to support the economy due to a number of factors including the international price decreases".

The MP said some of the factors included the low level of production which emanated from the country's inability to maintain operational programme that had been put in place to boost production.

That, he said, included cocoa mass spraying system that was in place to support farmers to increase cocoa production.

Another factor, he said, was the bonus paying system that encouraged farmers to work harder than before but had been virtually set aside without any announcement.

The other factor, Mr Pinkrah said, was the cocoa roads programme which also helped farmers to move from one point to another in their area of operation, had also stopped due to lack of allocation of funds to continue with the programme.