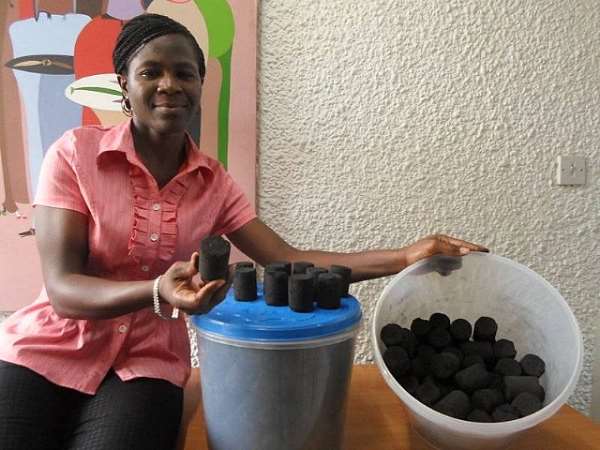 Kumasi, Sept. 23, GNA - The Netherlands Development Organisation (SNV) and the Kwame Nkrumah University of Science and Technology (KNUST) working in collaboration, have successfully developed a technology for producing charcoal from human waste.

This is an alternative to addressing the energy and sanitation problems in Ghana, Mr Alex Kwame Donyinah, a Researcher and SNV Consultant, told the Ghana News Agency in an interview in Kumasi at the weekend.

He said a well researched project proved that it is possible to produce fuel from human waste and help to solve the mounting sanitation problems, as well as curtail the use of fuelwood in the country.

'Applying these technologies on a larger scale can create employment among the youth and generate income for small-scale charcoal producers', he said.

Mr Donyinah said the charcoal produced from human waste had no smell and that all pathogens that were present in the faeces were destroyed in the carbonisation process, while atoms of carbon in the charcoal could not be detected.

He said the research also noted that the use of human waste charcoal blocks for cooking could face social acceptability problems as some people would feel reluctant to touch it once they got to know the material used in its production.

Mr Michael Kweku Commeh, a Research Fellow of the Technology Consultancy Centre (TCC) of KNUST, also explained that the resultant charcoal block could be produced in any shape and size, adding that initially starch was used as a binder, but other binders would also be tested.

He gave the assurance that the next step was the developing and testing of a commercial operating model and assessing the financial viability of the model.

Mr Commeh explained that the model would envisage the involvement of a large number of small-scale charcoal producers supplying the waste powder to a central plant for production.

Mr Enno Heijndermans, SNV Ghana Renewable Energy Sector Leader, said that the focus on simple charcoal production technologies was because of the high cost of capital and relative low cost of labour in Ghana.

He said the research had demonstrated that it was possible to produce charcoal from human waste, and that to start it on commercial basis there was the need for further work and additional research.

'As soon as we have a financially viable concept, we would like to work with the private sector to bring our research into practice.

'Unlike other alternatives, the only energy source that will increase proportionally to the population is our own waste because human faeces is abundant and readily available everywhere', Mr Heijndermans said.

He added that producing charcoal from human waste would be one possible way of paying for its disposal, instead of simply dumping it and polluting the environment. GNA