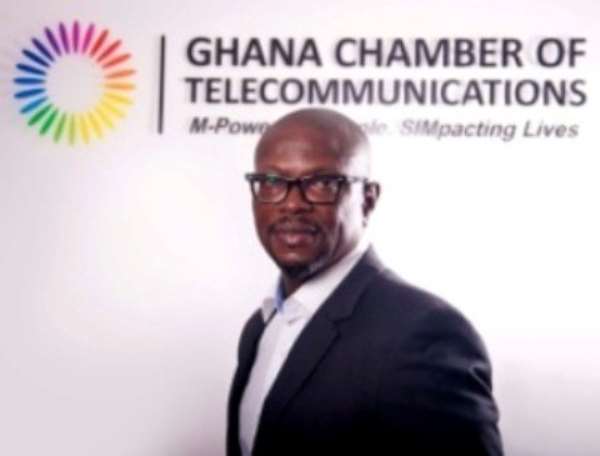 The Ghana Chamber of Telecommunications has denied allegations that telecom operators have deducted Communication Service Tax (CST) from customers but have not paid to government.

There have been several media publications over the past few weeks stating that mobile operators made CST, otherwise known as Talk Tax, deductions from customers, but have failed to pay them on to the Ghana Revenue Authority (GRA) as required by law.

The Telecom Chamber said “this information is incorrect.”

It therefore stated that even though the 6% talk tax was by law meant for customers to pay, each of the operators did not pass it on to their customers, so they continue to it to GRA on behalf of consumers.

However there is a contention between operators and the GRA over another 6% tax the GRA sought to place on termination rates they pay to each other based on where a call terminated.

“The consumer still remains the original person who placed the call and paid 12Gp/8.4Gp of which 4Gp has been used to pay interconnect fee in order to help the subscriber complete his/her call on the other network,” the Telecoms Chamber said.

The telcos also pointed out that if the GRA held the position that operators were “consumers” of each other's services it would amount to taxing twice the same revenue stream, and that was where the argument of the double taxation arose.

Based on the GRA's double taxation arrangement, telcos paid 6% on interconnect revenues from 2008 till April 2011 and then petitioned the GRA, the Office of the President and the Vice-President to review the application of the law and revert it to the position intended by the law.

The Chamber explained that operators did not collect the CST on interconnect revenues from each other after April 2011 during the petition, so the allegations that the telcos have collected CST from consumers but have not paid to government is completed false.

When operators and GRA could not agree on a common interpretation of the law, they went to court for a judicial declaration that providing interconnect services did not make them consumers, and the court agreed with the telcos.

“The court therefore held that all the CST on interconnect revenues paid by and collected from operators by GRA between 2008 through March 2011 were illegal,” the Chamber said.