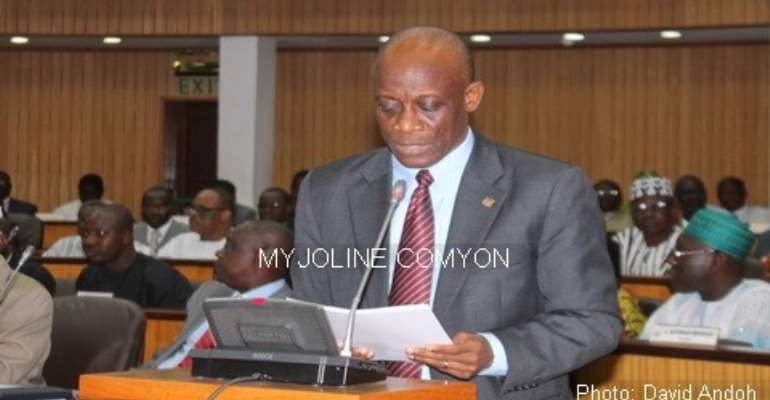 Managers of the economy will have to work extra hard to bring down the fiscal and current account deficits in order to attract the international investor community.

The fiscal and the current account deficits were the subjects of scrutiny by fund managers and institutional investors at the recent international roadshow in business hubs which saw government raising US$1 billion at a coupon rate (interest rate) of 7.875 per cent, the hard way.

The roadshow took the government and consulting team to financial cities including San Francisco, Los Angeles, Boston and New York, all in the United States of America, as well as Munich and Frankfurt in Germany.

Ghana's Eurobond issue followed on the heels of African peers Zambia, Nigeria and Rwanda, which had also harnessed investor appetite for high-yielding assets in the past year to raise various sums of money to support their economies.

It is however instructive to add that the countries have different economic fundamentals and went to the international markets at different times.

Although Ghana's bond was oversubscribed by US$1.2 billion over 100 per cent, most of the fund managers expressed their displeasure at the handling of the country's fiscal and current account deficits.

Rating agency, Standard and Poor's, rates the country's economy and credit worthiness B, while another rating agency Moody's rating it B1 with Fitch rating the economy B+. Fitch, however, revised the country's outlook to negative from stable after the government announced a surge in deficits.

The government currently has to contain a budget deficit that surged to 11.8 per cent of gross domestic product in 2012, from four per cent in 2011. As of the end of June, however, the budget recorded an overall deficit (cash basis) of 4.5 per cent of Gross Domestic Product (GDP) which was within target for the period.

Besides the fiscal deficit, the country's current account shortfall has also expanded, to US$4.92 billion or 12.3 per cent of GDP as of the end of 2012, from US$3.54 billion in 2008. According to the Bank of Ghana, the trade deficit marginally improved to US$1.2 billion as of end June from US$1.3 billion in 2012 on account of a slow-down of both exports and imports.

Gross international reserves has systematically improved from US$2.03 billion in 2008 to US$5.34 billion about three months of import cover, while reserves stands at US$457.9 million. The reserve position has since improved to US$4.9 billion from a stock position of US$5.3 billion at the end of December 2012, the BoG said. That, it said, was sufficient to cover 2.7 months of imports.

At the end of May, this year the country's external debt stood at US$9.27 billion, an increase from US$8.84 billion at the end of 2012 due to disbursements for infrastructural development.

These debts, according to government, remain affordable and sustainable with the vast majority from multilateral or bilateral creditors on concessional terms.

According to government, approximately 81 per cent of the outstanding external debt is concessional basis.

The ballooning of the fiscal deficit, which was attributed largely to the public sector wages, did not go down well with the fund managers who demanded answers to whether the government did not factor that in its budget.

The fund managers, therefore, demanded timelines to bring down the fiscal deficit to the projected levels.

The Minister of Finance, Mr Seth Terkper, who led the government team on the roadshow, explained that the government was very determined to bring down the deficits and that measures had been put in place to bring them down; fiscal deficit to nine per cent by the close of the year, with further and gradual consolidation over the medium term.

Other measures include self-financing projects with escrow arrangements to support debt servicing, while improving State Owned Enterprises' capability to borrow on their balance sheets without government guarantees.

Another area Mr Terkper mentioned was that of the implementation of a new budget and accounting system, the Ghana Integrated Financial Management Information System (GIFMIS), which has a partial accrual accounting system to control commitments.

On the revenue side, the minister stated that 2013 tax collections were projected to increase further through various measures, including the elimination of unwarranted import tax exemptions, restructuring of tax holidays for the real estate sector and the hospitality industry and an increase in withholding tax.

He said added that new revenue from oil and gas production was expected to bolster revenues from 2013 and beyond.