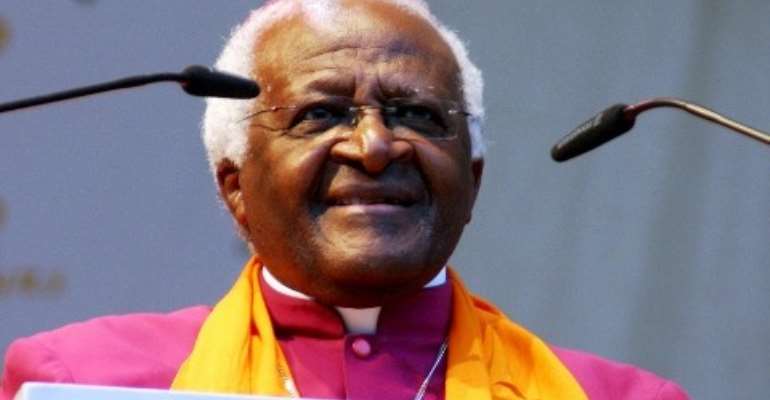 The Anglican Archbishop of the Ashanti Regional, Archbishop Yinkah Sarfo has strongly condemned retired Archbishop Desmond Tutu over his comments that he preferred hell to an 'anti-gay' heaven.

"Archbishop Tutu is respected in the Anglican Church and around the world but this time he has misfired and all Anglican Bishops from Africa, Asia and South America condemn his statement in no uncertain terms," he told Adom News.

Archbishop Tutu stated that he would not worship a God who is homophobic, adding that “I would refuse to go to a homophobic heaven… I mean, I would much rather go to the other place [hell].” Tutu said.

“I am as passionate about this campaign as I ever was about apartheid, for me, it is at the same level.”

Meanwhile, Pope Francis also said this week that he would not “judge” gay priests that are sexually inactive, if he happened to learn about their sexual orientation.

Pope Francis was speaking to reporters on a flight back from Brazil, he said: "If a person is gay and seeks God and has good will who am I to judge him?"

But speaking on Adom FM's 6pm News, Archbishop Yinkah Sarfo said the comments by Bishop Tutu were his personal opinion but not the stand of the entire Anglican church.

He noted all the Bishops and Archbishops of the Anglican Church met in Mauritius recently and unanimously condemned those comments and dissociated themselves from it.

“We suspect that retired Archbishop Tutu may have collected some moneys from some of the western governments or from gay rights activists to do their bidding but the Anglican Church condemns gay practice,” he said.

Archbishop Yinkah Sarfo said in a few days to come the Anglican Bishops of Africa, South America and Asia would come out and formally state their position on this matter.

He is therefore admonishing all members of the Anglican Church in Africa to remain steadfast because the church does not support gay practice and the leadership will make that clear in a few days.

I'll Complete All My Abandoned Projects By This Gov't — Maha...
41 minutes ago