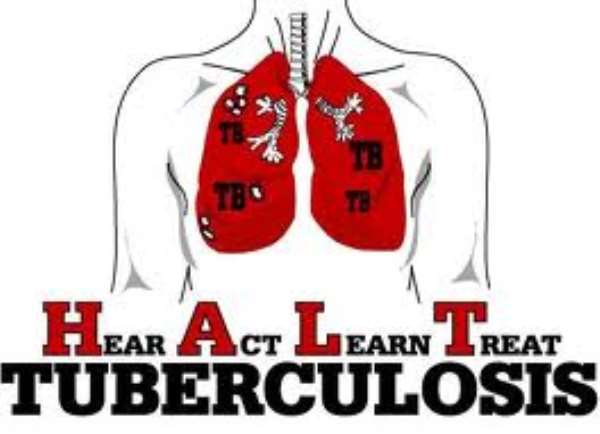 Tuberculosis (TB) rates are coming down, but not dropping fast enough to keep the world on track to meet the target of Stop TB Partnership: to eliminate TB by 2050 (less than 1 percent TB in population is referred to as elimination).

Dr Lienhardt said that the decline in TB rate should be close to 20 percent every year (minimum 16 percent) if we are really serious about eliminating TB by 2050. It is not an impossible target as there are some parts of the world where TB rates are coming down by 10 to 17 percent every year.

Some parts of Europe have shown a decline in TB rate of 10 percent every year. Alaska in north-west Canada and Greenland have already achieved a decline between 10-17 percent (with average decline 15 percent). In Cambodia and China decline in TB rate is nearly double of global average: 4 percent. So the 'ask' for accelerating the rate at which TB goes down is not an unrealistic one.

REMARKABLE PROGRESS IN TB CONTROL BUT NOT ENOUGH
There is no doubt that there has been remarkable progress made, at global level and on the ground, over the past years. "World is on track to achieve the (unambitious) targets of 50 percent reduction in TB incidence and mortality rates by 2015 as compared to 1990" said Dr Lienhardt. Dr Lienhardt rightly referred to the 2015 targets as unambitious in today's context and challenges. Back then at the start of 21st century when these targets were set, world was very far behind these targets and tremendous effort has gone into reducing human suffering related to TB in the past one and a half decade to get close to meeting these targets.

51 million TB patients were cured between the years 1995 - 2011. Despite significant progress in TB care and control globally, yet there are major challenges threatening to reverse the gains made in the past years. Drug-resistant TB is certainly one of them. "3.7 percent of new cases and 20 percent of re-treatment cases develop multidrug-resistant TB (MDR-TB)" said Dr Nguyen Viet Nhung, Deputy Manager of Viet Nam's National TB Programme and one of the key organizers of APRC 2013. "84 countries have reported at least one patient of extensively drug-resistant TB (XDR-TB)" said Dr Nhung. Dr Christian Lienhardt pointed out towards the critical importance of rationale use of quality-assured standard drugs, diagnostics and other issues related to success of programmatic management of drug-resistant TB (PMDT) and added that "About 9 percent of MDR-TB patients develop XDR-TB." Large number of people with drug-resistant TB do not get quality standard diagnostics. "4 percent of new and 6 percent of re-treatment cases undergo drug susceptibility testing (DST)" said Dr Lienhardt. DST gives critical information to which drugs a person is resistant or sensitive to. It is left to anyone's guess how critical is this test to help come up with an effective treatment regimen for every patient with drug-resistant TB.

"Now we are working on enhanced Stop TB Strategy for post-2015, draft targets of which include a 75 percent reduction in TB deaths and 40 percent reduction in TB incidence by 2025" said Dr Lienhardt. This post-2015 discussion is work in progress. "We need more than this: we need to ensure there is universal access to quality TB care and control, bold health system policies, intensified research and development for better and more effective diagnostics, drugs and vaccines," among other measures to eliminate TB by 2050, said Dr Lienhardt.

One point raised by Dr Lienhardt at APRC 2013 was thought-provoking. He argued that TB care and control has remain focussed on population with active TB disease year after year (9 million people are estimated to get active TB disease every year). But population with the TB bacteria (latent TB and not the disease) is mammoth: 2-3 billion people globally. Unless people with latent TB get rid of their bacteria how else are we going to eliminate TB? There are evidence-based ways by which people with latent TB can get rid of TB bacteria such as Isoniazid Preventive Therapy (IPT). IPT is a WHO recommended strategy to protect those people who have latent TB infection, and not active TB disease. The WHO Stop TB Strategy also recommends IPT to reduce the global burden of TB by 2015. WHO Interim Policy on Collaborative TB-HIV Activities (2004) puts forth 'three Is' for HIV-TB collaborative activities - IPT, Intensified Case Finding (ICF), and Infection Control (IC). But according to some studies presented at the 43rd Union World Conference on Lung Health in 2012, IPT may not provide lifetime or long-term protection against TB rather protective effect of IPT fades off soon after stopping the treatment. We surely need to do more and all it takes to help mitigate the risk of 2-3 billion people to get active TB disease (1 in 10 is the lifetime risk).

WE SAVE MONEY BY DOING GOOD TB CONTROL
This is an important fact countries and other donors need to recognize: governments save more money than they spend on doing good TB control; but end up losing money, lives and add to human suffering if they do not do good TB control. TB care and control is one of the smart investments countries can make when purse strings tighten.

In December 2007, a World Bank report had revealed that high burden TB countries can earn significantly more than they spend on TB diagnosis and treatment. This study made it clear that the economic benefits of TB control are greater than the costs. Most highly affected countries could gain nine times, or more, of their investment in TB control.

Some governments have increased their domestic funding of TB care and control. BRICS (Brazil, Russia, India, China and South Africa) nations have mobilized significant domestic funding for TB control (up to 96 per cent), said Dr Christian Lienhardt. But in other high burden TB countries external donor funding in TB control is about 50 percent which warrants more domestic allocation on TB control.

Dr Nguyen Viet Nhung, who is also the Vice Director of National Lung Hospital and Vice President of Viet Nam Association Against TB and Lung Disease (VATLD), emphasized on making PMDT a success every bit. To make PMDT a success with every patient with drug-resistant TB, we need to do lot more rationale case finding; accurate and timely diagnosis through standard culture and DST, or molecular tests; provide quality patient education, social and emotional support; actively trace and bring back people enrolled in PMDT who opt out; among other measures.

Elimination of TB is the goal we all should have our eyes on, and orient everything we do in TB care and control to achieve the target as fast as we can. TB anywhere is TB everywhere, so we must remember no one country can eliminate TB alone. So keeping every country and every community (such as migrants, aboriginal or indigenous people, and children) on track towards elimination of TB will be a defining factor in eliminating TB by 2050.