Fall out of Hope City Concert; RLG does not approve of smoking 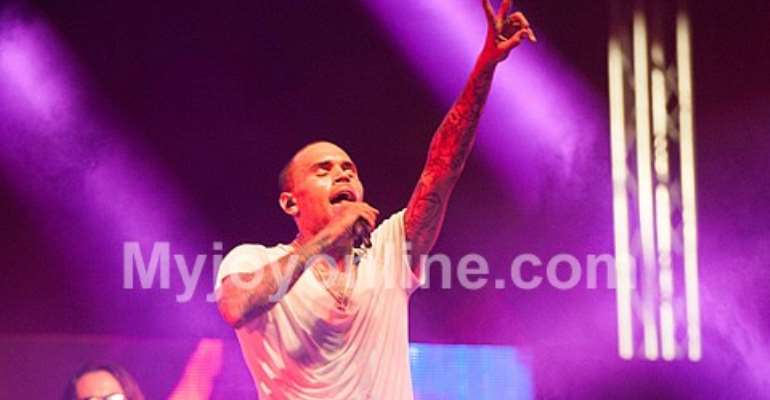 IT giants Rlg says it disapproves of any act of smoking in Ghana especially in public.

The statement comes as a result of a fall out of the Hope City Concert in which the American singer Chris Brown allegedly smoked weed on stage.

RLG says it disapproves of the act but was quick to add the substance smoked, according to the artiste's team was not weed but an electronic cigarette.

The following is the full statement;
RLG ON CHRIS BROWN CONCERT IN GHANA
The attention of the management of Rlg Communications Limited (Rlg) has been drawn to two allegations pertaining to the concert by Chris Brown and wishes to respond as follows:

Rlg wishes to categorically state that Rlg does not approve of smoking any substance and in particular weed smoking which is illegal in Ghana. We further wish to state that Rlg immediately voiced its disapproval and disappointment at the act of smoking on stage even though, according to the artiste's team what the artiste smoked on stage was not weed but an electronic cigarette, also known as an e-cigarette as part of his stage craft.

Rlg wishes to assure the general public that having worked to build the Rlg brand to the current 2nd most respected brand in Ghana, the company will not promote or endorse any negative behaviors and therefore condemns the smoking on stage (be it weed or not) in no uncertain terms.

The company also wishes to express its gratitude to the many Ghanaians who have shown interest in this matter.