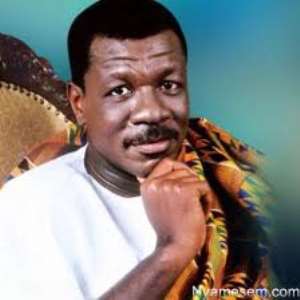 Whoever advised the founder and leader of the International Central Gospel Church (ICGC), Pastor Mensa Otabil, to implode the way he did during his press conference to set the so-called records straight on the raging controversy on the supposed fee-free Senior High School education have done the pastor the biggest disservice in his ministerial career.

I am wondering if Lady Otabil or some of the senior pastors or even some of his close friends may have gone through Pastor Otabil's script before he read it. Lets even put the demenour of Pastor Otabil aside. His biting words or at best his sound bites which he disgorged with resentment did not speak well of him at all.

I am still shaking my head in disbelief. I still cannot believe that Pastor Mensa Otabil can utter the following words, “No one has the right to force their thoughts into my words. I own my thoughts. I own my words. I own my beliefs. The significant observation is the apparent schizophrenic response of the purveyors of this agenda. In one breath they hailed me when the dubious sound bite seemed to favour their cause and in the next breath condemned and insulted me when the church came out to set the records straight. There is a sinister force on the prowl in our nation. It is a force of impunity. It is a force of treachery. It is a force of evil. To keep silent in such a situation is to allow evil to triumph.”

Until Pastor Otabil, I never knew that when somebody plays a sound bite of a sermon for any reason that person can be labeled as a force of evil. I bet you that as I keep shaking my head in disbelief, there are equally thousands if not millions of Ghanaians who are still grappling with the blistering attack by Pastor Otabil. Can a pastor descend so low and lash at people?

If you listen to the various tapes that have been playing on air there is no denying of the fact that everything on those tapes belong to Pastor Otabil, therefore, whether those words were uttered today or 12 years ago and for different purposes, it is neither here nor there. It was Pastor Otabil in action, as usual saying it as it was. If he did not deny the voice on the tape, then he has no business calling some people evil.

Oh no, Pastor! You cannot handle disagreement. I bet you cannot debate, nor can you take criticism. All what you can do now is to label some people as evil. And if you saw the screaming newspaper headlines all over the country on Tuesday you will agree with me that Pastor Mensa Otabil indeed crossed the line putting the credibility he so much cherish into disrepute.

Men of God do not fear criticisms. They give punches as much as they take them. But they don't go ballistic and insult people claiming they want to salvage their reputations. When you hear the following from a reputed pastor like Pastor Otabil all what you say is, Oh My God!

Now listen to Pastor Otabil, “I kindly call upon the President of the Republic to rise up and speak on this issue. With all due respect, sir, although you may not be aware of these developments the perpetrators of these blatant acts of impunity are largely affiliates and surrogates of your party. Today, I come as a simple pastor. I do not have the machinery of state behind me. I do not have a police force or a military detachment to defend me. I do not have serial callers or a media machinery to spin my story. All I have is the God whom I have served over the years. He is my strength and fortress. It is to him that I commend this matter.”

Did Pastor Otabil say that he is a simple pastor? Simple pastors do not hold such press conferences and insult people. Did he also say that all what he has is the God whom he has served over the years? If that was true, Pastor Otabil would have prayed and left God to deal with the situation. Pastor, you need to pray because you crossed the line. And I bet God is not happy with your behavior.