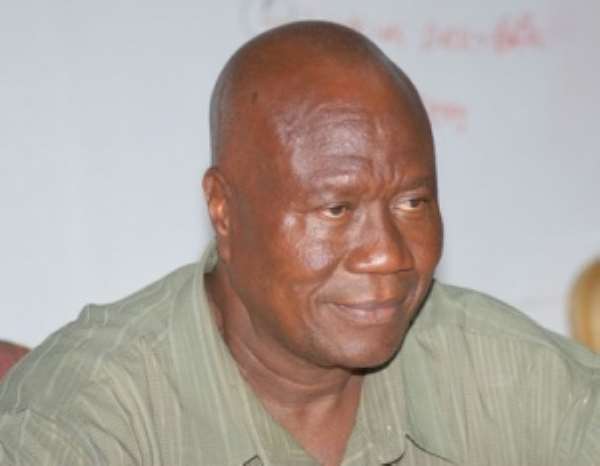 Even President John Mahama admits that things have not gone so well since he was sworn into office in January 2013. Even though President Mahama has been working hard, one national crisis has led to another leading some NDC staunch supporters to become bewildered, disillusioned and bitter. Some cannot believe that the NDC with so many experienced and well-tested technocrats and politicians cannot predict or sense pending crises and put in place preventive measures before being hit with those crises.

But the beat goes on! With 2016 starring the NDC in the face as the country's economy has become front and centre with people chewing and lambasting the NDC ruling government, the party urgently needs a national chairman who can step up to help President Mahama to calm the shaky waters and nerves of the teeming members and supporters of the NDC.

Indeed the NDC has a National Chairman, Dr Kwabena Adjei, whom some consider as uncaring, woody, inaccessible and sleeping chairman. Some even think he does not care what direction the party goes. If you talk to the youth in the party, Dr Kwabena Adjei is described in unpalatable adjectives which I do not want to wade in.

Such has been the mood in the country as President Mahama continues to take the heat alone without party stalwarts stepping up to either defend him or his policies to Ghanaians.

Indeed many fear for the worse for the NDC in the 2016 polls. Some believe if the NDC does not get a unifying national chairman who can preach patience and hope, apathy may sink the NDC in the next national polls.

If therefore, there is any point in time that the NDC as a family feels the urgent need for a unifying national chairman, the time is now. That is why Mr Kofi Portuphy, Vice Chairman of the NDC and National Co-ordinator, National Disaster Management Organization, who is popularly called Mr Pee, did not mince words by trumpeting his credentials as the only candidate with the drive and soupçon to unify the NDC in these trying times when he launched his colourful and well-attended campaign to contest for the NDC National Chairmanship position at Nima in Accra.

'As a unifier, my credo will be to endear my energies to dissolving the potential tensions within the party, extend a hand to all whose interest in the party has waned, restore the confidence of party workers and cadres and build a vanguard of young party enthusiasts', Mr Portuphy told the enthusiastic crowd.

Mr Portuphy continued, 'By these, our party will recapture its rightful place and honour as the political party that sprung out of the people, from the people, by the people and for the people'.

These are times that the NDC as a party greatly needs someone who is easily accessible and has a listening ear. Indeed no political party chairman or politician in any part of the globe can solve the numerous problems confronting its members, but at least if party members simply feel that their chairman is reachable and patient enough to listen to their concerns it makes a huge difference. This is what is missing in the NDC today. A huge void at the party's national headquarters!

The party is seen as a flock without a head shepherd to chaperon the members. Party members and supporters can count the number of the times Dr Kwabena Adjei has been to his office at the party's headquarters in Accra within the past 5 years. 'He is simply AWOL' (Absent Without Leave), lamented one staunch party supporter who strongly thinks it is time for Dr Kwabena Adjei to hang his boots rather than to contest again.

Another member of the party predicted that the humiliating defeat that awaits Dr Kwabena Adjei in the polls will make the former NPP National Chairman, Jake Obetsebi Lamptey glorified in defeat.

Mr Portuphy who believes the current leadership void in the NDC is badly affecting the fortunes of the party stated that he stands for unity, teamwork, accessibility and electoral victory for the NDC in 2016.

'When we are united we can work as a team. This will make it easy for us to collaborate, coordinate and ultimately succeed as a party. Teamwork carries everybody on to success', stressed Mr Portuphy.

Mr Portuphy concluded his speech by saying, 'I require of you, not just your prayers but also your support in this journey. It is a journey of hope; hope for the youth, hope for our women, hope for our cadres, hope for intra and inter party democracy and above all hope for mother Ghana'.

With this unifying voice and his overall personal trait towards party faithful, Mr Portuphy is tipped by many political watchers to scale through as the new national chairman of the NDC when the elections are conducted in October 25 and 26, this year.

Many believe Mr Portuphy has what it takes to stop the wrangling, murmurings, and cynicism which are creeping into the party. 'His ever present mode and smiles put a lot of hope in us', stated one supporter who claims he has been trying to seek audience with Dr Kwabena Adjei since November 2013 but without success.

We're worriers, no needle allowed to enter our body — Kumbun...
32 minutes ago