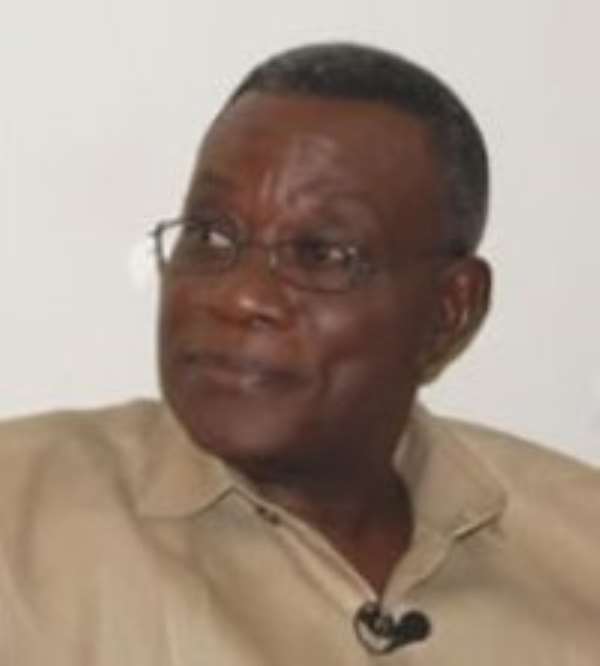 “He suffered a massive heart attack; the doctors and family members who were with him tried to revive him but we not successful”. These are the words of the late president's brother, Cadman Mills. First of all, Cadman Mills has no knowledge in medicine so how did he know the late president “suffered a massive stroke”? Now, when a person is said to have “suffered a massive stroke”, which is medical lexicon is termed as cardio-vascular arrest (CVA), resuscitation procedure must be swiftly carried on the patient by medical personnel or a person with knowledge in healthcare.

Also, Cadman Mills said the late president Atta-Mills, just before he died, lifted his hands towards the heavens and declared “God, I leave it all to you”. Now, if Cadman Mills really wants us to believe this story about what actually happened just before the late president passed away, then he (Cadman) certainly has a lot more questions to answer since there is absolutely no way a person who has just “suffered a massive stroke” can life up his hand towards the heavens and make a last-minute declaration as to whether his work here on earth is done or not.

From the account Cadman Mills has given, I get the impression that the late president Atta-Mills was in company of his brothers and sisters when the that unfortunate incident of the stroke occurred, meaning the doctors were rather called in and together with the family, tried to revive the late president.Now,if the doctors were called in to perform their professional job of reviving the stroke-stricken president, then what role did the family, who are not health-care professionals, play in reviving the late president, as stated in Cadman Mills' revelation.

Emergency medical procedure
Now, in the case of cardiac arrest, a procedure known as cardiac massage is employed with the patient placed in a supine position (flat on the back). This highly technical procedure has to be carried out by qualified professionals since any amount of careless handling of the patient can result in rather fast-tracking his/her demise. This is done in order to observe ABC (airways, breathing and circulation) which enables oxygen to get to the patient brain with the purpose of preventing asphyxia (lack of oxygen into the lungs).

As we speak, the state at which those emergency doctors came to see the late president when they were called in by the family who were with him when the stroke struck, the kind of emergency procedure performed and why he couldn't be revived, have all been kept under wraps. The failure to revive the late president tells us that he undoubtedly passed away in his office at the castle. Now, if that is the case, then it is incumbent on the late president's family and medics that were called in, to come out with exact actions taken thereafter to transport the president, who was possibly dead at the time, to the hospital.

All the pieces of information filtering through the grape-vines to the public following the demise of president Atta-Mills, point to the fact that he actually passed away at the castle before being carried at the back of a land-cruiser vehicle and driven to the 37-military hospital. And with all these questions still begging for answers, this cat-and-mouse game NDC hierarchy is currently playing with good people of Ghana wouldn't have happen in any of these advanced democracies.

These NDC officials and their greedy bastard government officials are bold enough to look the good people of Ghana in the face and tell us that we don't need to know what killed Atta-Mills, when and how he died, just because they have studied the nature of a typical Ghanaian and realized that, when it comes to matters surrounding a person's demise, it has always been seen as taboo to ask questions.

The ordinary Ghanaian whose taxes paid for the late president's medical bills is being kept in limbo, vis-à-vis the what really happened to the late president on that fateful day of his demise, because these NDC officials have decided to seek a hiding place in the emotions of Ghanaians, to keep close to their chest, their palpable negligence which might have occasioned president Atta-Mills' demise. I know these NDC people will be at their wicked propaganda noise-making best to display their characteristic diabolic nature by whipping up emotions against those who will pose critical questions as to how and when Atta-Mills died. But what these people forget is the fact that when such incidents happen, it must rather present us with the opportunity to delve into issues and come out with cogent solutions in order to prevent future occurrence.

In any case, I'm personally not surprised by the posture of these NDC officials since these are the very same people who kept telling Ghanaians that the late president was as fit as a fiddle, when it was very clear to all Ghanaians that the man's state of health was fast degenerating. Even at a point where the late president's voice had completely ceased, these greedy hyenas and congenital liars kept telling as the man was fit and even asked him to do a 100metre dash on the airport tarmac on his last arrival from America after a “routine medical check”.

As we speak, nobody is providing us with answers being asked but you have high-grade journalistic charlatan as Kwesi Pratt going about shouting himself hoarse that “friends of the late president Atta-Mills let him down because they didn't stand up to defend him but rather joined his adversaries to vilify him”(alhaji-alhaji,radio gold 11/8/12).

Indeed, if that is the logic of Kwesi Pratt, then he must also be ashamed of himself for describing Nana Addo Dankwa Akufo-Addo as his bosom friend, but still nicodemusly goes about peddling all kinds of wicked lies about him to the Americans.Certainly,the shameless hypocrisy of Kwesi 'nkwan deewa' Pratt simply knows no bounds.

High-grade nation-wrecking political desperados
A two week state of national mourning was declared by John Dramani Mmahamai, after being sworn-in as president. People from all walks of life filed past the body of the late president and he was finally interred .He is gone with all his accolades and shortfalls and the mantle has now fallen in the hands of those he has left behind. We all united in grief following his demise. We spoke no ill of him as our Ghanaian custom demands and I believe the good old professor will be pleased with the good people of this nation for the wonderful send-off we have accorded him.

During the funeral, many views were expressed by people from all walks of life as their fond memories of the man.And as I have said already, none of those views was negative about the man.I definitely didn't have a problem with people praising the man and extoling all his impeccable viryutes.Indeed, the man lived a very fulfilling life, well-educated himself and served his nation with zeal. He will surely be remembered for his demonstrable public humility, inspite of the fact that he sometimes displayed some level of anger when certain critical questions were posed to him.

However, pronouncements by the followers of NDC, particularly the national executives and the legion of their 'nkwan deewa' acolytes, have got me seriously thinking.Indeed,we were in a state of national mourning with all political/negative pronouncements put on the shelf.Statemnets that were likely to generate commensurate response from the opposite side were to be off the table so we could mourn in unison. But this was not to be; tributes by non-NDC members meant to portray the good side of the man, as our culture demands, were regrettably termed as signs of hypocrisy and shedding of crocodile-tears.

These NDC officials, who castigated opposition's expression of sorrow over the demise of president Atta-Mills, are either ignorant of fundamentals of Ghanaian customary practices or simply engaging in acts of reckless capitalization on general sad mood of the nation to score bogus political points.

Personally, I have no doubt in my mind that these NDC hyenas who are very much aware their government has already been rejected by Ghanaians and are therefore desperate to hang onto power by playing on the keyboard of emotions of sincerely grieving Ghanaians following president Atta-Mills' demise, will surely not succeed in their characteristic deceitful nonsense, for the simple reason that, people cast their votes based on how their socio-economic enhancement can be guaranteed, and not on wicked deceit by greed-induced-desperation of a bunch of matchlessly incompetent and high-grade nation-wrecking political desperados whose only delight is firmly rooted in nothing but gargantuan state-sanctioned thievery!!!