Investors cash in on web-based scams 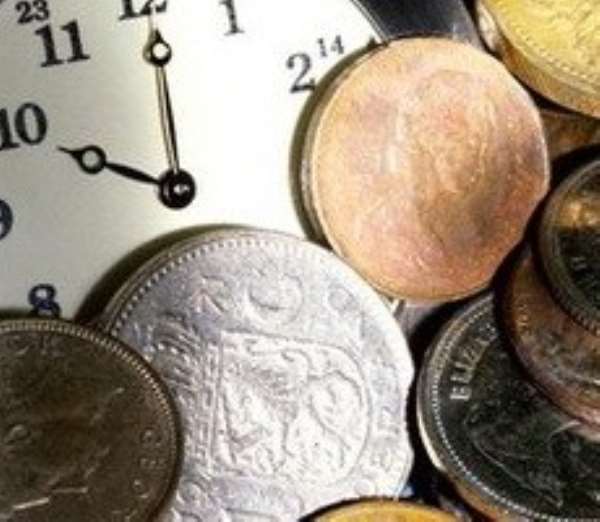 Some people are putting money into online scams even though they know they are fraudulent, suggests research.

One of the first significant studies of cons known as High Yield Investment Programs (HYIPs) reveals that a small number of people are trying to use them as regular investment vehicles.

The research suggests that the investors use website tools to help them spot when best to cash out.

Authorities warn that such schemes can backfire with no hope of compensation.

HYIPs are an example of what are known as Ponzi schemes which claim to offer huge returns for those that invest some cash in them. They depend on more and more people being enrolled in the scam, with funds from those who invest late in the scheme being used to reward early entrants.

While the instigator of the fraud makes money, most participants spend a lot of time recruiting more members to prop up their ever dwindling returns.

"It's our belief that there may well be some people making money here," said Dr Richard Clayton, one of the computer security experts behind the study.

"But running one of these scams is certainly far more lucrative than investing in one."

Tracker sites
The researchers estimate that about $6m (£4m) a month passed through the 1600 HYIP schemes they tracked for nine months while gathering data.

"It's not a trivial amount of money," said Dr Clayton.

The schemes offered very different rates of return. The highest return claimed was an interest rate of 440% in 10 minutes, but many others said investors would receive the more modest figure of 1-2% a day.

Dr Clayton said the study uncovered aggregator or "tracker" sites that monitored the Ponzi schemes, some of which lasted for months. The trackers detail the returns the different schemes were paying out.

Using these sites investors spot when they start to crumble and make efforts to recover their initial investment.

"Their only purpose is to help people choose where they can put their money," said Dr Clayton, though he was cautious of drawing any strong conclusions given the lack of corroborating evidence.

"If we believe that what we see on the net is true, then some people get money back and some get more back than they invested," he said.

As with all Ponzi schemes, early investors rely on the naivete of late entrants who may not be aware that they are joining a financial scam that is likely to cost them dear.

"People who come across these sites not understanding them at all could well be misled into thinking this is a good investment," Dr Clayton told the BBC.

Choking off supply
A spokesman for the UK's Financial Services Authority cautioned against getting involved in a Ponzi scheme, even at the early stages.

"Consumers should be wary of any investment offering amazing returns," he said. "If it sounds too good to be true, it probably is."

He added, because the investment scams were by definition unauthorised, consumers would have no protection or means to recover their money when they collapsed.

The research, carried out with computer scientists Jie Han and Tyler Moore from the Wellesley College in the US, also proposed some ways that regulators and governments could take action to stop their growth.

Regulators could apply pressure to the firms that operated the digital currencies that the scams used and choke off the supply of cash, said Dr Clayton.

Another useful target would be the trackers or aggregators, he suggested, as shuttering the domains they used could restrict access to information about how specific scams operated.

In addition, he said, education could help people spot such schemes.

"This is an area where the more people who know about it the less successful it will be to run one. People will be able to say 'Aha! This is a Ponzi scheme'," he said.

"You need the basic knowledge that 1% a day just cannot work."