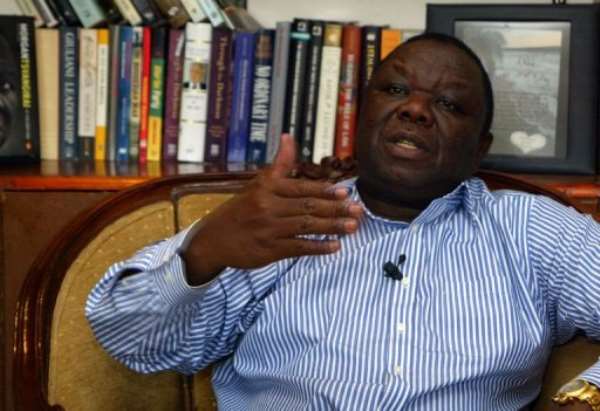 New polls, which Mugabe is pushing for in 2012, "could be this year, it could be early next year" Tsvangirai told AFP in an interview.

But Zimbabweans would have to cast ballots before parliament's term expired, he said.

Mugabe has called for polls this year to replace the unity pact created after deadly 2008 poll violence, which allowed Zimbabwe to claw itself out of economic and political crisis.

"You can't have an election under conditions in which there is no credibility," he said.

Under Zimbabwe's unity accord, a new constitution must be approved by referendum before a new general elections, but a date for the referendum has yet to be set.

In power since 1980, Mugabe said in December that the unity government had "overstayed its welcome", calling the power sharing deal "undemocratic and illegitimate."

The pair set up joint rule in 2009, agreeing to implement a regionally brokered pact which put Zimbabwe on the path to recovery after a decade-long downturn.

But the partnership has been hampered by a stand-off over the filling of key positions and failure to reform electoral laws, which Tsvangirai described as "frustrating".

"There are areas that have been agreed and have not been implemented," he said.

"We have to make sure that things are implemented for the conditions for elections to be free and fair."