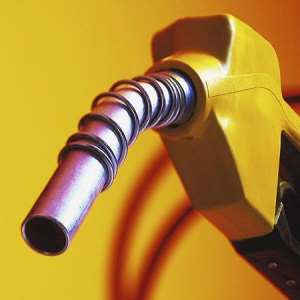 Fellow Ghanaians the recent stakeholders meeting convened by the Vice President John Dramani Mahama in Accra, on Friday Jan 13, with a call on Ghanaians to offer constructive criticisms and advice that could help government live up to her responsibilities, must be commended but left us with so many unanswered questions about current leadership qualifications to execute the affairs of the state in bringing sustainable economic growth and development.

According to the Veep, “The economy belongs to all Ghanaians and not only Government, and there is the need for collaboration at all levels to ensure that the right thing is done for the betterment for all of us.” This statement made by the Veep indicated the administrations ignorant on policies and programs needed to jump start Ghana's economy. China accomplished that approximately in 60 years. I mentioned China because; China is now the underdog bully on the block trusted by this administration for loans and handouts for Ghana's infrastructure development projects.

The ordinary voter or citizens do not see anything wrong with using revenue from our own resources to subsidize petroleum products in Ghana. If this meeting is a ploy to prepare Ghanaians to remove the current subsidy, then the vice president has something coming to him or in short KISS his office goodbye this 2012 election. How can a government representative be so naïve and stupid talking about or contemplating removing subsidy on petroleum products in an election year?

If government now realized they do not have a clue on how to manage a new democracy in real terms, in which workable practical solutions are require to resolve Ghana's enormous challenges, they should say so and give way to people who are scholars in the affairs of Ghana's urban and rural realities to take up the mantle and begin to implement policies and programs that are design to move Ghana forward.

China is over 60years old since their revolution led by Mao Tse Tung and Ghana is over 50 years since independence, give and take 10 years apart and here we are today begging China for food, money for infrastructure development and God knows what will be next. This government must not take pride in telling Ghanaian voter in this 2012 election about the Chinese and Western handouts and loans.

We want the government to wake-up and smell the after effects of these donations, loans, and handouts. They are certainly a trap, a modern day slave chains or slave ship which will keep ourselves and generations yet unborn into abject poverty and remain subservient to China, Europe, and the US. There is lots of evidence on the continents of Africa where these loans and handouts have come home to roast, and stupid thing a government could do is to remove petroleum subsidies.

These petroleum subsidies unknowingly or knowingly are the only pacifier and a panacea, a corrupt and an incompetent government can provide millions of Africans left in abject poverty. Any government even in many developed donor nations removing subsidies on any form of basic necessity for her citizens is seriously inviting instability in the nation, therefore once again we want the government of the day to take their hands off Ghana's petroleum subsidy and be wise not to try any such maneuvers.

What I am saying will fall on the deaf ears of the administration, because most of them as usual are amassing their individual wealth and keeping it abroad for safe keep.

The meeting, which was attended by the Economic Management Team, the National Petroleum Authority (NPA), the Ghana Employers' Association (GEA), Association of Ghana Industries (AGI) and the Trades Union Congress was to give participants the opportunity to brainstorm, find solutions to problems and mitigations for the hardships Ghanaians were going to endure as a result of the future increases in petroleum products.

According to GNA “The meeting, which was held behind closed doors, would also give the stakeholders the opportunity to come out with bottlenecks that the business community and the public might experience in the succeeding weeks.” This means after the subsidy is removed.

The meeting attended by all these people, I am sorry to say is meaningless because the formula and platform is directly taken from the western political and economic playbook, which has been exercise over and over again for over 50 years yielded (zipped iota) no results in moving the Ghanaian economy forward. The only thing our fifty years of independence produced was debts upon debts by our “wanton ntsi educated elites”. The Ghanaian leadership can only boast of how many millions of handouts and loans they received from donor nations.

This is why we think the meeting will surely yield nothing, but money flowing into individual businesses and pockets which has nothing to do with solving our urban and rural economic problems. Our graduates will still be lingering on the streets of regional capitals looking for job or combing for ways to fly abroad for greener pastures. Our constituencies will continue to experience decline in population due to lack of jobs and economic opportunities.

What Ghanaians want to see and hear is national forum or platform, where the Vice President Bubunator John Dramani Mahama and his government will explain to Ghanaians why our gold, bauxite, cocoa, timber for over fifty years of investment and our recent expected oil revenues will not be enough to defray the so called outstanding $80 million debt that was incurred as a result of subsidizing petroleum products?

Ghanaians want leadership that can leave within her means, account for revenues from our exports and wisely invest them in boasting market shares for our local resources, and industries in the local and international markets.

Vice president bubunator Mahama said that Government needed GHC 760 million to continue subsidizing fuel annually, an amount he said could be used to undertake development projects across the country.

This assumption or statement from the Veep is wrong and not acceptable. While the government and her functionaries are busy making money under the pretext of all these revenue and infrastructure deals the petroleum subsidy is the only benefit to the Ghanaian masses.

He attributed economic hardship to increase in salaries, payments of Single Spine Salary Structure to Government workers among others and that “under the circumstances, there was nothing they could have done, but to remove the subsidies on fuel and a painfully increase fuel prices.

But we reject the above conclusion drawn by the Veep, these statements are irresponsible and false. These are some infectious attitudes and unworkable policies why the Ghanaian voter and most hardcore Members of the NDC believed this administration has no clue how to govern let alone solve the fundamental core problems of reducing poverty in Ghana.

The government of Ghana should go to the Chinese and ask them where and how they started their journey of economic prosperity to the current status enviable of the world. China has become an economic power in a position to solve the world debt crisis, just a little over 60 years of Chairman Mao Tse Tung Revolution.

The Veep and their ministers should take bus drive while in China, USA, Britain, Germany, visit factories, farms (agric and fishing, cattle) in the villages, outskirts of major cities in these developed nations and see if the government can understand and take some cues from these engines of growth in the west and translate them into upgrading Ghanaian standard and ways of doing things. Such a move and honest implementation of such experience in Ghana will make petroleum subsidy non issue.

The west for example, use sizable portion of their oil revenue to subsidize agriculture, fishing, and cattle farms in short there are huge subsidy on petroleum in the west in many forms, subsidy on food etc.. Therefore the people of Ghana reject the government secret plan to remove petroleum subsidy.

1. Where do they get the loans to build their infrastructure (roads, schools, bridges, electric projects etc) in China?

3. What is the driving force for such a remarkable economic success?

4. Finally, what was and is the foundation for all the economic and military success stories in China today?

Honest answers to these question is the only beginning of a viable, prosperous, and sustainable democratic Ghana where Ghanaian educational system will produce graduates for Ghanaian industries and marketplace, these graduates will add value to our urban and rural economic growth and sustenance. Constituencies will begin to experience economic stability and sustainable growth in various infrastructure development projects needed to support the various businesses and industries.

In this 2012 election, the Ghanaian voter will be able to identify who the 'wanton ntsi ni educated elite' are and vote them out of office. “Wanton ntsi ni” literal akan translation is “you bought salt” or buying salt, we all know salt is used to season food therefore you must have food on the table or must be preparing food before buying salt. Having salt without food to season it with, is like having all these western degrees but unable to translate them to solve basic core economic issues in your constituency let alone Ghana.

The Ghanaian voter in this 2012 election must take a long look at their MPs ranting in parliament with all these European grammar, long coat, and big luxurious cars, and ask themselves with all this western economic eulogy what economic activity has he or she provided for the constituency and if truth be told the Ghanaian voter will realized he or she has been swindled or duped by their representatives.

On this note Ghanaian voter must wake up and shred away this so called loyal party affiliation and vote NOTE for party but vote for an individual that he/she and the community can trust to create jobs, thus investing heavily in local industries and businesses which will provide jobs for our graduates and artisans.

P.O. Box 30
Atito via Anloga. The Gateway to Kome