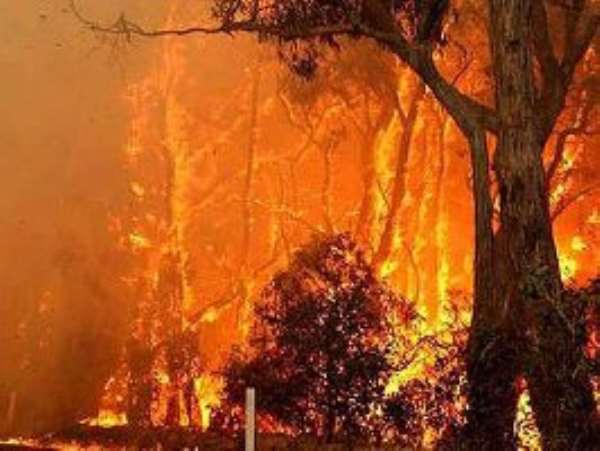 Busunya (B/A), Dec. 30, GNA – Mr. Kwadwo Agyei-Dwomor, Nkoranza North District Chief Executive, has cautioned the youth against causing bushfires in the communities as culprits would not be spared by the bye-laws of the Assembly.

He was addressing the third ordinary sessional meeting of the Assembly at Busunya, the district capital.

The DCE urged the Assembly Members to educate the people about the harmful effects of bushfires, adding, the Assembly “will not stand aloof and countenance the wrong doings of people with diabolical intentions”.

Mr Agyei-Dwumor noted with regret that in spite of series of educational campaigns that the Assembly and other stakeholders had undertaken against the menace in the District, some people still burn indiscriminately every year.

Mr. Agyei-Dwomor said poor waste management in the communities was a challenge in the District and urged all and sundry to help stem indiscriminate disposal of rubbish or refuse to prevent epidemics.

He announced that the Assembly had arranged a special scholarship package to support students studying nursing and other health-related courses.

The Assembly, the DCE added, was also in the process of leasing all parcels of land in its jurisdiction to prevent land litigation from land developers in the area and called on the Assembly Members to be actively involved in the activities and programmes of the Area Councils.

Mr. Felix Osei Asiedu, Presiding Member, advised the members to convene meetings with their electorate and educate them on the Assembly's development agenda to enable them to play their respective roles as stakeholders.